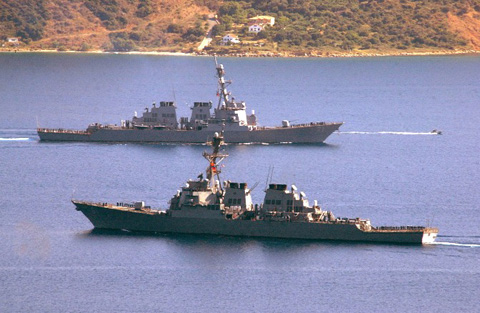 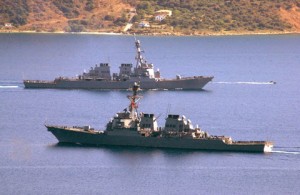 (Reuters) – Two Iranian navy ships will dock in Sudan this week to refuel, state news agency SUNA said on Monday, the second such visit in a month since Sudan accused Israel of bombing an arms factory.

Sudan blamed Israeli military planes for a huge explosion last month at the Yarmouk plant in Khartoum, the country’s biggest small arms and ammunition factory. Four people were killed during the blast, according to Sudan.

Israel has not commented on the accusations but Israeli officials have accused Sudan of funnelling weapons via the Egyptian Sinai desert to the Hamas-controlled Gaza Strip. Sudan has good ties with Iran and Hamas.

“They will stay for three days as part of normal and routine work which the Sudanese navy is undertaking,” he said.

SUNA did not mention the ships’ names. Last month, an Iranian destroyer and a helicopter carrier docked at Port Sudan.

Sawarmi also said a Pakistani navy ship would dock at the port the day before for refueling.

Iran said in June it had plans to build more warships and increase its presence in international waters, particularly to protect its cargo ships around the world.

Pirates in the Gulf of Aden in January hijacked an Iranian ship carrying 30,000 tonnes of petrochemical products to a North African country.