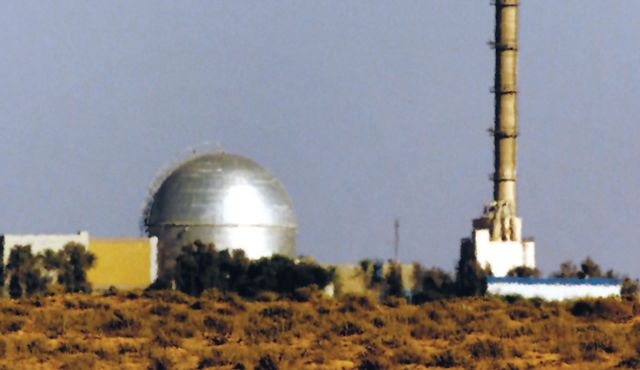 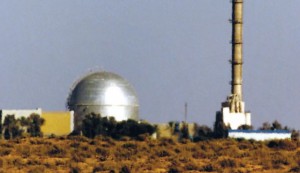 The Nuclear Research Institute in Dimona

(Reuters) – Iran and Arab nations on Monday criticized a decision to put off talks on banning atomic bombs in the Middle East, with Tehran blaming the United States for a “serious setback” to the nuclear Non-Proliferation Treaty (NPT).

The United States said on Friday that the mid-December conference on creating a zone free of weapons of mass destruction would not occur and did not make clear when, or whether, it would take place. The United States, Britain and Russia are co-sponsors of the meeting.

The postponement “will have a negative impact on regional security and the international system to prevent nuclear proliferation as a whole,” Arab League chief Nabil Elaraby said in a statement.

Iran, which is accused by the West of developing a nuclear weapons capability, said this month it would participate in the talks that had been due to take place in Helsinki, Finland.

“It is a serious setback to the NPT and this is a clear sign that the U.S. is not committed to the obligation of a world free of nuclear weapons.”

Elaraby said all regional states except Israel – widely believed to have the Middle East’s only nuclear arsenal – had voiced willingness to attend the conference.

He called for urgent meeting of senior Arab officials this week to consider the developments.

Even if the talks eventually occur, Western diplomats and experts expect little progress any time soon due to the deep-rooted animosities in the region, notably the Arab-Israeli conflict and Israeli concerns about Iran’s nuclear program.

Washington feared the conference could be used as a forum to criticize its ally Israel, a concern only likely to have increased after eight days of Israeli-Palestinian fighting that ended with a ceasefire last week.

Israel, which says say Tehran is the Middle East’s main proliferation threat, had not said whether it would attend.

The plan for a meeting to lay the groundwork for the possible creation of a Middle East free of weapons of mass destruction was agreed at a 2010 conference of 189 parties to the 1970 NPT, a treaty designed to prevent the spread of nuclear arms in the world.

Israel, which neither confirms nor denies having nuclear arms, is not a signatory.

U.S. and Israeli officials have said a nuclear arms-free zone in the Middle East could not be a reality until there was broad Arab-Israeli peace and Iran curbed its nuclear program, which Tehran says is for peaceful energy and research purposes.

Soltanieh, Iran’s ambassador to the U.N. nuclear agency, said: “The U.S. has taken hostage this Helsinki conference for the sake of Israel … they want to support the Israelis’ nuclear weapon capability.”

Russia and Britain signaled in separate statements at the weekend their hope for a delay to be as short as possible and that the talks could be held next year instead.

The U.S. State Department said it would keep working to try to bring about a meeting, adding such a gathering must take into account the security of all the states in the region and operate on the basis of consensus.