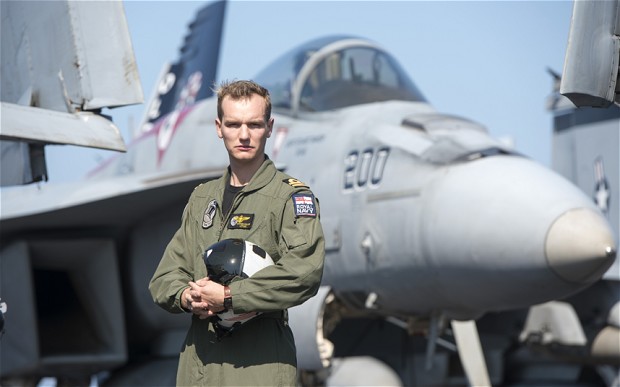 US aircraft carrier strikeforce readies in case of war with Iran 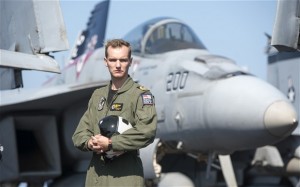 When the aircraft carrier USS John C Stennis returns to the placid blue waters of the Gulf with her strike force of 70 jets in the next few days, she will be ready for action off the coast of Iran.

The flagship $4.5 billion carrier, a 100,000 ton floating city with a crew of 5,000, was despatched four months earlier than planned to bolster the United States Navy’s already formidable force in the region, the Fifth Fleet.

Its mission is to keep some of the world’s busiest shipping lanes open in its most combustible region; at any moment America’s standoff with Iran could escalate into a crisis.

“Could there be a threat?” asked Rear Admiral Mike Shoemaker, the man who would command any mission to force open the sea lanes. “Yes is the answer. Is it manageable? Also yes.”

Admiral Shoemaker, a wiry man with a Navy buzz cut, runs through the likely threats: anti-ship cruise missiles; midget submarines; speedboats on suicide missions. Iran’s conventional air force and navy are clapped out and no match for the US Navy, but they had years of practising mine-laying.

“If they sunk a tanker, that could shut the Strait for a couple of days or a week,” Adm Shoemaker said. “But we could deal with that quite quickly. A massive mine-laying effort, though, would take a while to clear.”

Last year, Iran’s navy held mine-laying wargames. In September, America and its allies ran their biggest ever mine clearance-exercise, indicating the likely nature of a future conflict.

This weekend the carrier is briefly docked in Bahrain, the headquarters of the Fifth Fleet.

But if America is drawn into another big war in the Middle East, a key nerve centre for operations will be the admiral’s bridge on the ship, a surprisingly uncluttered space. There are only two computer screens, a big telephone, and an old-fashioned ship’s compass. The view is spectacular, high above a heaving flight deck, the length of three football fields, where screaming jets land and take off. Most are flying daily combat missions over Afghanistan.

As the ship patrolled not far from the Strait of Hormuz, officers on the bridge pointed out the different planes: Hawkeyes, which see over the horizon with radar; Prowlers, which blind the enemy’s electronic eyes; and Hornets, the ones that do the damage by dropping precision-guided bombs as heavy as one ton on any target the admiral chooses. Iran’s nuclear sites are within easy range.

The bombs are now nearly all precision-guided by laser and GPS. The biggest can be carried by a jet, but landing with a one-ton bomb is too risky so they are dropped at sea if they are not used against an enemy.

The crew boast of being ready for any mission, 24 hours a day, but there is little enthusiasm for a new war with Iran, America’s old enemy in the region – and currently crowing over the fact that long-range rockets it supplied to Gaza were a key part of the armoury launched against Israel 10 days ago.

“I hope it’s never going to happen, nobody on this boat is looking for a fight, but if it does we have the capability,” said Ordnance Handling Officer William Donals, 46, the man in charge of preparing bombs to be loaded on planes.

“I was in the Gulf in the run-up to the 2003 war and back then it was different,” he said. “There was a lot more energy and a sense that something was about to happen. This time it’s more a sense that we are ready if we are needed.”

The Iran problem is a chief foreign policy headache for the newly re-elected President Obama, who tried a mix of sanctions and diplomacy in his first term to stop Iran’s alleged ambition to build the Bomb, without much success.

Now he is expected to try again with greater urgency, and so the temperature is rising again in the Gulf. The White House has not ruled out air strikes; Israel gives the impression it is only American pressure that has restrained it from sending in the bombers.

Iran, its economy buckling under sanctions, has pledged that if it is attacked it will block the Strait of Hormuz, the 21-mile wide entrance to the Gulf, and thus send the price of oil sky high, jeopardising the fragile world economy. On an average day, eight supertankers each carrying two million barrels of oil traverse the Strait – about 35 per cent of the world’s seaborne oil. There are fears that as Iran’s economy crumbles, its leaders could at some point lash out in desperation.

America has promised to keep the Strait open at all costs, and that may become Admiral Shoemaker’s mission. Prior to being an admiral he was an aviator – the usual career route to the top in the US Navy. He has years of experience in the Gulf region, mainly flying against the forces of Saddam Hussein.

What keeps him up at night is fear of stumbling into an accidental war. The two nations have repeatedly skirmished at sea since Iran’s Islamic revolution three decades ago. Now both are careful. American and Iranian ship’s officers regularly communicate by radio, speaking in English, carefully avoiding discussion of politics. Even the Revolutionary Guard’s navy is generally polite. Its boats sometimes sail close to American vessels, but not too close.

However, the two sides have started to probe and test each other. Earlier this month the Pentagon announced that two Iranian jets had fired at a US drone for the first time, as it flew over international waters. The drone got away, in an embarrassing demonstration of the competence of Iran’s pilots. Then Iran announced new war games, to test the air defences of its eastern border.

The Americans say they are careful not to push back too hard. “We are aware of what we are doing and always working hard to avoid some kind of miscalculation, something that could be interpreted as a hostile action,” Adm Shoemaker said.

Last time he was in the Gulf, during the 2011 pull-out of US forces from Iraq, Iranian leaders crowed about the US “retreat”, and when the Stennis departed for home waters, they boasted that they would never let her return.

Navy officers have the unenviable task of trying to work out whether bombast like that emanating from the regime is wild rhetoric or cold, hard threat. “I wish I knew a little bit more about them,” Admiral Shoemaker said. Asked if he thought Iran’s leaders were rational, he admitted: “It’s a good question. I am not really sure.”

Those under his command wonder what they are sailing into. “There may be a lot of rhetoric at the diplomatic level, but it’s just day-to-day routine operations for us,” said Steve Scott, the commanding officer of an F-18 Superhornet Squadron.

“When you are far out at sea, you can feel a little bit cut off from the real world, but we all watch television and we know about the situation with Iran,” said Michael Nicholas, 29, whose job is to move jets around the deck prior to take-offs and landings.

“We feel we have a purpose, we are the first line of defence, and we are right in their back yard.”

Meanwhile, life on board goes on in the cramped and labyrinthine passageways and huge hangars. The working day is long and hard, typically 12 hours spent under a baking Gulf sun for those working on deck, with a weekly half day off.

Enlisted sailors sleep 100 to a dormitory and eat in canteens. Many admit they are desperate to get home towards the end of an eight month mission. There is one treat to look forward to – the 100th day at sea, when the ship traditionally drops anchor and lowers a deck so sailors can swim in the ocean, with a barbecue afterwards on the flight deck.

Alcohol is strictly forbidden, prayers are said over the ship’s intercom, and although dating is allowed – there are 600 women on board, and the average age of ratings is about 19 – “intimacy” is not. Time off is spent catching up with sleep or watching the ship’s 24-hour movie channel.

Tension is never far off, and on the flight out to the carrier from Bahrain in a Greyhound logistics plane, The Sunday Telegraph got a glimpse of it when a mystery reconnaissance aircraft emerged from Iranian airspace.

“That’s never happened before,” said Lieutenant-Commander Julio Galvan, 39, the pilot, as he peered through the cockpit’s window. For a while the two aircraft flew in parallel, a mile or so apart, before the mystery plane banked and headed towards the mountains of Iran’s coast in the distance.

Soon afterwards, the Greyhound flew high over the Strait, where dozens of supertankers were queuing as they waited their turn to get through.

“I don’t think that plane was any threat to us,” Commander Galvan said. “We’ve learnt to live with the Iranians.”

That understanding has helped keep the peace in the one of the world’s most militarised waterways. But how long it will last is anybody’s guess.