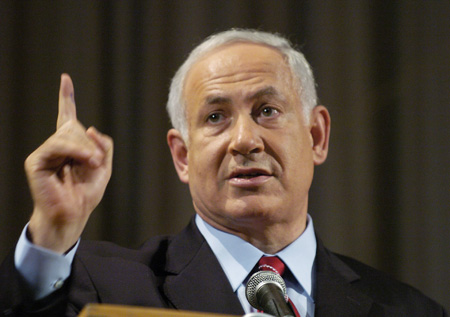 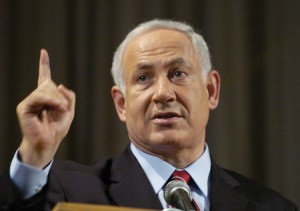 (Reuters) – Both on the diplomatic and military front, Israeli Prime Minister Benjamin Netanyahu will draw some comfort from his offensive against Gaza as he switches his gaze once more to his main strategic challenge — Iran.

Israel views Iran’s nuclear program as an existential threat in a totally different league to the problems posed by the Islamist group Hamas, which runs the Gaza Strip.

Netanyahu fears a nuclear-armed Iran could one day eradicate Israel and has promised that Tehran will not get the bomb should he win a third term in office in elections on January 22.

In the meantime, he has just ended an eight-day offensive against Hamas with the aim of halting rocket fire out of the coastal Palestinian territory into southern Israel.

Six Israelis and 163 Palestinians died in the fighting before an Egyptian-brokered ceasefire came into effect on Wednesday, ending a localized, asymmetric conflict that looked very different to any potential war with Iran.

“You cannot compare the Gaza Strip to any other military environment, which makes it unwise to describe what has happened there as a rehearsal for attacking Iran,” said Uzi Eilam, senior research fellow at the Institute for National Security Studies.

Nonetheless, the Israeli military inflicted serious blows to Hamas’s weapons arsenal, much of it sourced from Iran, and showed the world that it has cutting-edge technology, particularly when it comes to missile defense.

Israel says its new Iron Dome interceptors knocked out 421 incoming rockets from Gaza, scoring an 84 percent success rate. Without it, there would have been much more destruction and a significantly higher death toll.

Analysts here believe this will worry Iran’s main ally in the region, the Shi’ite movement Hezbollah, which is based in neighboring Lebanon and is estimated to have anywhere up to 60,000 rockets pointing across Israel’s northern border.

Netanyahu has suggested he might attack Iran if diplomacy and international sanctions fail to halt its nuclear progress. Iran says its atomic program is peaceful, and if war breaks out Israelis fear Hezbollah might leap into the fray.

“The Iron Dome has proved itself to be a game changer … and has undoubtedly lessened the threat of Hezbollah,” said Yohanan Plesner, an opposition member of parliament who sits on the Knesset’s foreign affairs and defense committee.

The fact Israel weathered some 1,500 short-to-medium range rockets from Gaza with relative ease was savored by the country’s leaders, who, for once, were not clamoring for an committee of enquiry following a major military enterprise.

“We have moved light years ahead in recent years, both in terms of preparation, instructions to the people, the whole way the municipalities operate,” Plesner told Reuters.

“This explains why almost 1,500 rockets have caused a relatively astounding level of low casualties.”

Defence Minister Ehud Barak predicted that it would take a “few years and billions of shekels” to build a defensive shield that covered the whole country, but the groundwork was in place.

“No army has such a system, nor does any state or civilian population… From this point we look on with optimism,” he said. “Eventually (it will) protect the entire state of Israel against most threats, short and medium-range missiles.”

Israel’s answer to the bigger, ballistic missiles of Iran is Arrow II, an interceptor that works in a similar way to Iron Dome, but at far higher altitudes. Tehran has vowed to retaliate if it comes under attack and is estimated to have a few hundred long-range rockets which could hit the Jewish State.

Developers of the Arrow II, which has so far proved itself only in trials, boast a shoot-down rate of some 90 percent.

Israeli ministers were not just singing the praises of their missile technologies in the wake of the Gaza offensive, but also their intelligence gathering.

The Israeli Defence Forces said it attacked 1,500 sites in Gaza and “severely impaired” Hamas’s launching capabilities, suggesting it would take a long time to recover — possibly helping to sideline it in the event of an Iran conflagration.

“In Iran, I have no doubt, there are fevered discussions going on as they try to understand how was it that the Jews managed to crack so many targets,” Civil Defence Minister Avi Dichter told Israel Radio.

Hamas, which refuses to recognize Israel’s right to exist, has claimed victory in the fighting and denied that it suffered any major losses in the round-the-clock bombing raids.

Whatever the result on the ground, there is little doubt in Israel that Iran suffered a diplomatic setback this week.

“It was very important for Iran to see a major rift between Israel and Egypt,” said Meir Javedanfar, an Iranian expert who teaches at the Interdisciplinary Center (IDC) in Herzliya.

But by avoiding a potentially bloody ground invasion of Gaza and welcoming Egyptian mediation in the crisis, Israel managed to stave off a major split with President Mohamed Mursi and opened a welcome window of dialogue.

Moreover, the ceasefire brokered by Mursi made clear that Hamas, once viewed as being under Iranian sway, is very much in the Egyptian camp and is not taking any orders from Tehran.

“It’s becoming clear that major Palestinian groups have realized that (Iran) would fight Israel to the last Palestinian, and this is a price which they are unwilling to pay,” said Javedanfar. “Hamas has moved away from Iran.”

Few Israelis believe that the ceasefire with Hamas will last for any great length of time, but it should provide Netanyahu with time to refocus on the Iranian dossier.

Whereas he had broad support from the military, the public and politicians for his Gaza offensive, he will rapidly rediscover that the divisions over a much more difficult assault on far-away Iran remain as deep as ever.

As such, the perceived achievements of the last eight days are unlikely to inform on final decision-making on Iran.

“This is not going to affect the future possible confrontation between Israel and Iran,” said Giora Eiland, a former Israeli National Security Adviser.