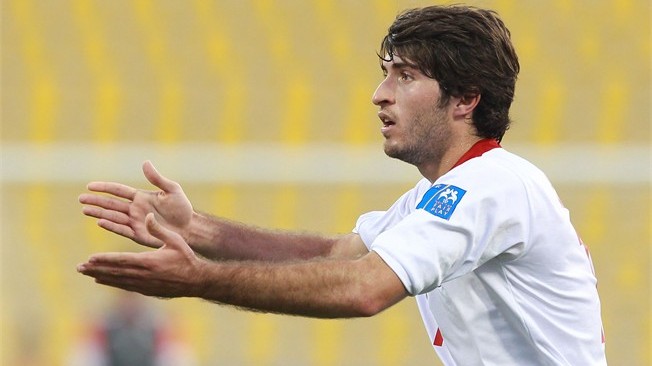 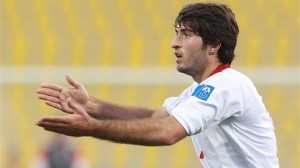 In a sense, one scenario Iran had not prepared for in their planning for 2014 FIFA World Cup Brazil™ qualification was a home defeat.

Carlos Queiroz’s side, after all, boast a proud home record at the legendary Azadi Stadium which had seen them undefeated in 15 matches across three years, with the last defeat coming in March 2009 when they were edged out 2-1 by Saudi Arabia during South Africa 2010 qualifying.

Thus last week’s solitary-goal defeat against Uzbekistan not only brought an abrupt end to that record, but also deprived them of the chance to move top of the section. While the Uzbeks were catapulted to the summit of Group A, Iran slipped to third, trailing behind Korea Republic on goal difference, with only three matches left.

Taking solace in history
On the surface, Team Melli were punished by their inability to provide a killer punch in front of goal. Although they dominated large periods of the home match against the Uzbeks, it was the visitors who grabbed the match-winner with Ulugbek Bakaev firing home off Server Djeparov’s free-kick.

Queiroz’s outfit had finished the previous round as the biggest scorers with 17 goals scored across six outings. Yet, the Iranians are now, alongside Lebanon, the most goal-shy of the ten remaining Asian teams having scored just twice in their five matches during the ongoing final round.

While the fans are still bemoaning last week’s defeat, it is the lingering goalscoring problems that are causing the most concern. Having long dazzled the continent with a knack of constantly finding the back of the net, Iran now see their campaign in jeopardy due to their profligacy in front of goal.

On the road to France 1998, the team emerged the group’s top scorers with 13 goals – 5 more than top-finishers Saudi Arabia. They racked up seven goals in the final round for Germany 2006 which sealed their early qualification, and even in their failed campaign for South Africa 2010 Iran were the group’s second best scorers with 8 goals.

As a country which has produced global goal-king Ali Daei, Iran have never been short of striking talents. Aside from Sepahan marksman Mohammad Khalatbari, notable amongst Queiroz’s attacking options is 22-year-old Karim Ansarifard who finished the last Iranian season as top-scorer with 21 goals, while both Fulham new acquisition Ashkan Dejagah and Belgian-based Reza Ghoochannejhadalso enhance the attack.

Neither are they lacking in creativity, with captain Javad Nekonam pulling the strings in midfield, a fact which even Uzbekistan Mirdjalal Kasimov coach acknowledged. “Iran created many good chances but they failed to break our deadlock,” he said. “And that is exactly what happened to us in the first leg.”

Iran assistant coach Antonio Simoes, overseeing the game for the suspended Queiroz, though, shed light on where the team must improve. He said: “We played well, but the winning spark never lit for us and the players lacked support from each other in different moments.”

Team Melli seek to rebound
While the defeat was a rude awakening for Team Melli, Queiroz received unwavering support from Iranian FA boss Ali Kafashian. “Queiroz is a good coach and he will continue as Iran coach,” the latter was quoted as speaking to local press recently. “He has a good knowledge of Iran‘s football.”

Aside from the faith offered by his pay-masters, the Portuguese coach has over six months to prepare for their next crucial match in Qatar on 4 June next year. In order to test more new faces, he announced a young squad for next month’s West Asian Football Federation (WAFF) Championship in Kuwait. Meanwhile, he continues to scour Europe for more overseas-based recruitments with Eintracht Braunschweig goalkeeper Daniel Davari recently on his radar.

“Our duty is to fully concentrate on the next match,” said the 59-year-old. “We respect the other teams, but we will make our best effort to win.”