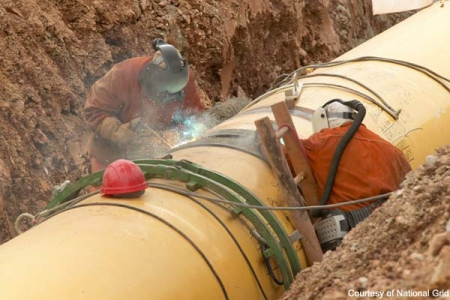 Pakistan may have to wait for Iranian loan for IP project 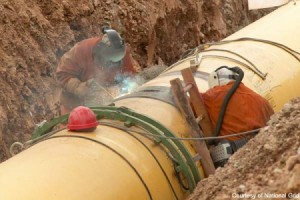 ISLAMABAD: Pakistan and Iran may not be able to seal a final deal for a loan worth $250 million during the upcoming visit of Iranian President Mahmoud Ahmadinejad to the Development-8 Summit due to a delay in the finalisation of the draft agreement. The loan was to be used to lay a pipeline on Pakistan’s side of the border for the import of gas under the Iran-Pakistan (IP) gas pipeline project.

“However, the two sides may undertake an initial signing of the IP gas pipeline project,” sources added.

Sources told The Express Tribune that Pakistani and Iranian officials were scheduled to meet before the Iranian president’s visit in a bid to finalise the loan deal on a government-to-government basis.

However, sources said, the Iranian team had delayed approaching Pakistan for finalising the draft of an Inter-Governmental Cooperation Agreement (IGCA) on the IP gas pipeline project.

“A ministerial delegation from Iran is arriving in Pakistan on Tuesday (today) to finalise the draft of the IGCA. It is, therefore, probable that the two countries will not be able to sign the deal under which Iran was to extend $250 million in financing [for the pipeline] on a government-to-government basis,” a source said. The Iranian president is expected to visit Pakistan again by the end of the current month, possibly on November 28, to sign the IP financing deal, the source added.

The Iranian team was scheduled to visit Pakistan early last week. Pakistan also sent a reminder to the Iranian energy ministry to send a team of experts to finalise the draft of the IGCA in time, so that the two countries could sign it during the visit of the Iranian President to Pakistan. However, the team’s visit was delayed due to, as yet, unknown reasons.

Pakistan is currently facing difficulties in securing funding from foreign countries and companies due to the sanctions imposed by the US against Iran. Under the proposed financing plan, Iran is to extend $250 million in a loan to Pakistan, while another $250 million will be arranged through Iranian commercial banks to implement the Engineering Procurement Construction (EPC) works on Pakistan’s portion of the IP gas pipeline project.

The government of Pakistan will also raise funds for the pipeline through the Gas Infrastructure Development Cess (GIDC), a kind of tax charged from domestic gas consumers. The government expects to receive Rs30 billion from consumers on this account in the current financial year.

Under proposed plans, Pakistani and Iranian companies will form joint ventures to lay the pipeline. Sources say the cost of the project will come down if local companies participate in the construction of the pipeline from the Iranian border. The Iranian side is also expected to provide the material for the pipeline.

German-based firm ILF has already completed a detailed engineering design for the project. According to the interim feasibility report, the cost of the project will be in the range of $1.2-1.5 billion.

Iran has also offered to lay Pakistan’s side of the pipeline following reports about difficulties being faced by Islamabad in raising funds. China and Russia had earlier committed to financing the pipeline if they were awarded the construction contract without bidding, but no progress could be made apparently due to US opposition.

The pipeline, if completed by December 2014, will bring 750 million cubic feet of gas per day to energy-deficient Pakistan. This supply can be enhanced to 1 billion cubic feet per day, according to the deal made with Iran.