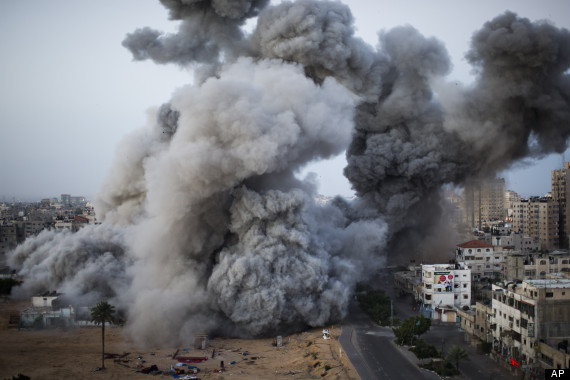 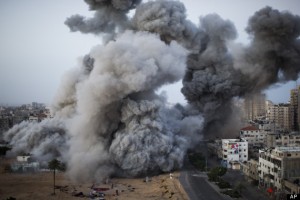 “I don’t think this a question of Hamas and Israel. I think this is a question of Iran and Israel,” Bolton told Fox News’ Greta Van Susteren Monday evening, adding: “This is Iran showing that it can unleash both Hamas and Hezbollah [in Lebanon], if need be, in response to an Israeli attack on Iran’s nuclear weapons program.”

“If Israel decides to do something about the Iranian nuclear weapons program, the Israeli air force will be in a very difficult position because it can’t be in three places at once,” Bolton continued. “It can’t be over Iran, and over Gaza, and over the Bekaa Valley trying to take out Hezbollah missiles.”

Bolton said he believes Iran has intentionally stirred up Hamas to illustrate that it has the capability of posing “a direct threat” to the Jewish with the missiles that it has provided to Hamas and Hezbollah. He said If the Iranians also provide full guidance systems and other capabilities for the missiles, they will be capable of striking long range targets, not just in Tel Aviv or Jerusalem.

Asked about President Barack Obama’s response to the crisis, the former U.N. ambassador under President George W. Bush said the administration would still, in effect, prefer to ignore the reality of what’s happening in the Middle East and negotiate a deal with Iran on its nuclear program rather than confront Tehran directly.

“I think President Obama still believes he can find a way to negotiate with Iran over the nuclear program,” Bolton said. “And I think there’s a deal out there, unfortunately, that he will try and cook when he can.”

But in the meantime, he said Iran, sensing a “weakness and vulnerability” on the part of Israel as it prepares for elections in January, “is making it clear they now have, in effect, Israel encircled [by] Hezbollah on the north, Hamas on the south, and their own capabilities from the east.”

Asked if the U.S. had let Israel down by not going along with Israeli Prime Minister Benjamin Netanyahu’s push for a military strike against Iran, Bolton said the administration’s failure to get tougher on Iran has endangered Israel and American interest in the region as well.

“Now, combined with the Arab spring that’s gone so badly wrong, things are going downhill in the Middle East, not just from Israel’s perspective but from the American perspective,” Bolton added.

He said Israel’s position would continue to deteriorate regardless of whether a ceasefire can be negotiated with Hamas as long as Iran poses a threat in the region by backing Hamas.

“There is no deal, there is no truce with a terrorist group like Hamas,” he said.

“So this is a no-win situation for Israel,” Bolton added.

In a taped interview with Van Susteren, Sen. John McCain also accused the administration of weak leadership in the region and encouraged President Obama to speak out more forcefully in condemning the attacks on Israel and making it clear that the United States will back the Jewish state with all its power.

“We have to make sure that we reassert American influence and that means American power, and that doesn’t mean leading from behind,” said, McCain, who was one of the first to call for the president to send Secretary of State Hillary Rodham Clinton to the region in an attempt to defuse the crisis in Gaza.