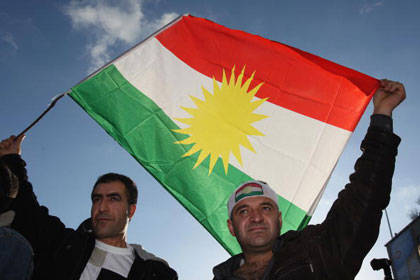 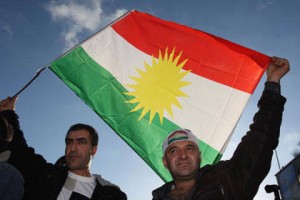 Iraqi Kurdistan perceives Iran, an influential country, very important. It is a neighboring country with a special influence on the domestic situation and the future of Iraqi Kurdistan, says Idrees Mohammed.

Iraqi Kurdistan Prime Minster recently visited Iran. He met with Iran’s top officials. The talks included a wide range of issues. The visit is important given serious internal and regional developments. The bilateral relations have deteriorated and, of special importance, the visit would improve relations and the two would cooperate on an amalgam of issues including political, security and economic.

Domestic and regional developments deteriorated the relations between Iran and Kurdistan Region. In a series of reports, Iranian officials and media attacked Iraqi Kurdistan and the Kurdistan Democratic Party in particular. Throughout them, sensitive cases were used. The Kurds were tried to be portrayed as pro-Israel, pro-Sunni and anti-Shiite. Though the Kurds made strongly-worded statement denying these accusations, the attacks were very dangerous because being an Israeli stooge; a part of an international conspiracy against Syria; and a part of a regional Sunni pole as opposite to a Shiite one endanger the Kurds’ top interests.

Several issues have caused this state of affairs. The Alawite regime in Syria is Iran’s strategic ally. Its downfall highly jeopardizes Iran’s prioritized interests. The Iranians have strained every nerve in order to prevent Syrian regime from downfall or at least ensuring that its interests are maintained in future Syria.

Iraqi Kurds sees Syria’s crisis through different lenses. The considerable presence of Syrian Kurds as well as the political implications of regime change in Syria grabs a special attention in Iraqi Kurdistan as they have direct ramifications on its future. While the Kurds have not explicitly striven for Assad’s downfall, they not sided with Iran in its pro-Assad policy.

The relations between Iran’s ally Iraqi PM and Iraqi Kurdistan president have been very tense. The two leaders have exchanged strong and sever accusations. Mindful of the distress past with Iraqi governments, and being afraid of becoming victim to policies of PM, the Kurds protected the convicted Iraqi vice president against PM’s will. Iraqi Kurdistan, siding with Sunnis, has been a leading part in a campaign to withdraw confidence from Iraqi PM. Iraq’s crisis contributed to worsen the Kurdish relations with Iran.

Adding fuel to the fire is the betterment of relations between Turkey and Iraqi Kurdistan. Turkey and Iran are conventional rivals of influence in Iraq and its Kurdistan. Also, their relations have recently seriously worsened. While Iran has supported Iraqi Shiite, Turkey has backed Iraqi Sunnis. The improvement of Turkish-Kurdish relations somewhat came at the expense of Iraqi PM; Turkey contributed to strengthen Iraqi Kurdistan vis-à-vis PM, slammed Maliki’s policies, and sided with anti-Maliki chorus. Through Iraqi Kurdistan, Turkey can have a higher influence on the decision-making process in Baghdad in confluence with an Iranian necessity to practice the greatest degree of influence in Iraq.

The relations between Iran and Iraqi Kurdistan may improve. Iran – facing a tough time and needing to buttress its leverage in Iraq as it loses influence in Syria, has to improve relations with Iraqi Kurds. It shares interests and challenges with Iraqi Kurdistan regarding its Kurdish problem, and Syrian Kurdish issue. Moreover, Iran would benefit from trade with the Kurds.

Iraqi Kurdistan perceives Iran, an influential country, very important. It is a neighboring country with a special influence on the domestic situation and the future of Iraqi Kurdistan. It also has a great part to play regarding the bilateral relations between Kurds and Shiite. Importantly, Iran can contribute to develop the region’s energy sector and its economy. Moreover, the established relations with Iran can contribute to balance the Kurd’s relations with Turkey and even with the regional powers.