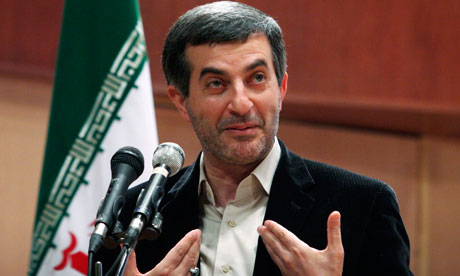 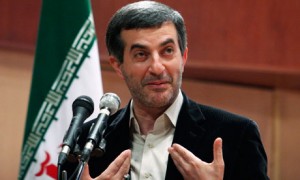 While the candidacy of Esfandiar Rahim Mashaei, the Iranian president’s right-hand man, in the presidential elections of 2013 have been denied several times, his recent attempts to draw Iranian people attention are amazing.

Rahim Mashaei’s latest effort to hold people attention has been made when the one, who reportedly threatened to kill him, was lightly convicted.

As media reported, Saeed Haddadian, one of the Maddahs (eulogist) that many youth go to his mourning ceremonies (these days Shiites mourn the seventh-century killing of the Prophet Muhammad’s grandson, the Imam Hussein), had threatened Head of the Iranian presidential office Esfandiar Rahim Mashaei. When his threatening statements made public, Haddadian has been given court decisions over a complaint by the Presidential institution, and was sentenced to pay a fine of up to 15 $. The sentence can be reviewed.

Responding to the sentence, Mashaei’s lawyer has stated that when Iranian president’s office head was informed of the sentence, said that people will get the message of this sentence.

It seems that Esfandiar Rahim Mashaei is seeking to look oppressed in public on the eve of  the presidential elections of 2013 and the light sentence for someone who had threatened to kill him, provides him good opportunity to achieve his goal.