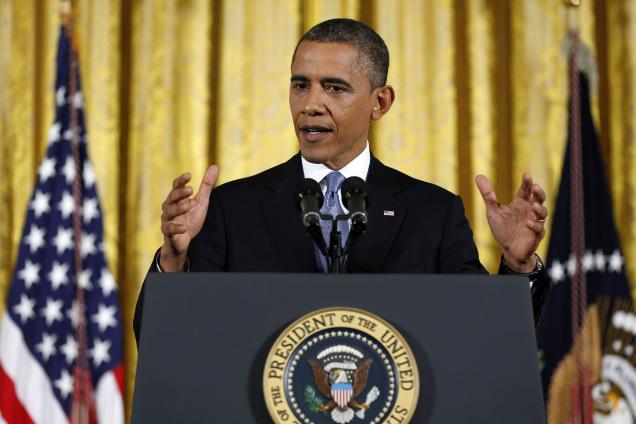 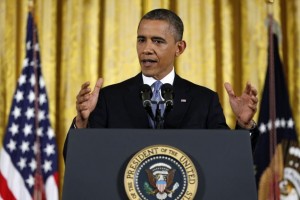 In the aftermath of an exhausting reelection campaign, the most urgent decision facing the president is how to stop Iran from pursuing a military nuclear program. Presidents of both parties have long declared that “no option is off the table” in securing this goal. In the third presidential debate, the candidates agreed that this was a matter of the American national interest, even as they described the objective alternately as preventing an Iranian “nuclear weapon” or “breakout capacity” (President Obama), or a “nuclear-capable Iran” (Mitt Romney). As Iran continues to elaborate its enrichment capacity and move it underground, Israeli Prime Minister Benjamin Netanyahu has announced a spring deadline for counteraction. In this fraught environment, what operational meaning should be given to America’s declared objectives?

The United States and Iran are apparently conducting bilateral negotiations through official or semiofficial emissaries — a departure from the previous procedure of multilateral talks. Negotiations over Iran’s nuclear program do not have an encouraging record. For more than a decade, Iran has stalled, first with the “EU-3” (France, Germany and Britain) and then with the “P5+1” (the members of the U.N. Security Council plus Germany). It has alternated hints of flexibility with periods of intransigence, all while expanding, concealing and dispersing its nuclear facilities. If no limit is placed on this process, Iran’s tech­no­logical progress will dominate events. But at what stage, and in what manner, should Iran be deprived of a military nuclear capability? This has been the essence of the argument over “red lines.”

Three stages are involved in the evolution of a military nuclear capability: a delivery system, a capacity to enrich uranium and the production of nuclear warheads. Iran has been augmenting the range and number of its missile systems since at least 2006. Its enrichment capacity — long underreported to the International Atomic Energy Agency — has been expanded to thousands of centrifuges (the instruments that enrich uranium to bomb-grade material). The level exceeds any reasonable definition of peaceful uses authorized by the Non-Proliferation Treaty. The inevitable culmination is a nuclear weapon.

To draw the line at proscribing an Iranian nuclear weapon — as some argue — would prove unmanageable. Once the requisite amount of fissile material has been produced, constructing and equipping a warhead is a relatively short and technologically straightforward process, almost certainly impossible to detect in a timely fashion.

If so ineffectual a red line were to emerge from a decade of diplomacy by the permanent members of the Security Council, the result would be an essentially uncontrollable military nuclear proliferation throughout a region roiled by revolution and sectarian blood-feuds. Iran would thereby achieve the status of North Korea, with a military nuclear program at the very edge of going operational. Each nation that has a nuclear option would compete to minimize the time to its own full military nuclear capability. Meanwhile, countries within the reach of Iran’s military but lacking a nuclear option would be driven to reorient their political alignment toward Tehran. The reformist tendencies in the Arab Spring — already under severe pressure — would be submerged by this process. The president’s vision of progress toward a global reduction of nuclear weapons would suffer a blow, perhaps a fatal one.

Some have argued that even in the worst-case scenario, a nuclear Iran could be deterred. Yet this ignores the immensely costly, complex and tension-ridden realities of Cold War-era deterrence, the apocalyptic strain in the Iranian theocracy and the near-certainty that several regional powers will go nuclear if Iran does. Once nuclear balances are forged in conditions where tensions are no longer purely bilateral, as in the Cold War, and in still-developing countries whose technology to prevent accidents is rudimentary, the likelihood of some nuclear exchange will mount dramatically.

This is why the United States has insisted on limits on Iranian enrichment — that is, curtailing access to a weapon’s precursor elements. Abandoning the original demand to banall enrichment, the P5+1 has explored what levels of production of fissile material are compatible with the peaceful uses authorized by the Non-Proliferation Treaty. The higher the level of enrichment, the shorter the time needed to bring about militarily applicable results. Conventional wisdom holds that the highest practically enforceable limit is 5 percent enrichment, and then only if all fissile material beyond an agreed amount is safeguarded outside Iran.

The time available for a diplomatic outcome shrinks in direct proportion as the Iranian enrichment capacity grows and a military nuclear capacity approaches. The diplomatic process must therefore be brought to a point of decision. The P5+1 or the United States unilaterally must put forward a precise program to curtail Iranian enrichment with specific time limits.

This does not imply a red line authorizing any country to go to war. However respectfully the views of friends are considered, the ultimate decision over peace or war must remain in the hands of the president. Why negotiate with a country of such demonstrated hostility and evasiveness? Precisely because the situation is so fraught. Diplomacy may reach an acceptable agreed outcome. Or its failure will mobilize the American people and the world. It will clarify either the causes of an escalating crisis, up to the level of military pressure, or ultimate acquiescence in an Iranian nuclear program. Either outcome will require a willingness to see it through to its ultimate implications. We cannot afford another strategic disaster.

To the extent that Iran shows willingness to conduct itself as a nation-state, rather than a revolutionary religious cause, and accepts enforceable verification, elements of Iranian security concerns should be taken seriously, including gradual easing of sanctions as strict limits on enrichment are implemented and enforced. But time will be urgent. Tehran must be made to understand that the alternative to an agreement is not simply a further period of negotiation and that using negotiations to gain time will have grave consequences. A creative diplomacy, allied to a determined strategy, may still be able to prevent a crisis provided the United States plays a decisive role in defining permissible outcomes.