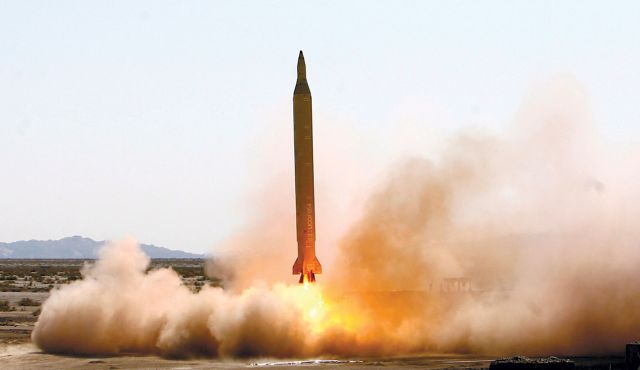 For Netanyahu, Gaza escalation could pave the way to Iran strike 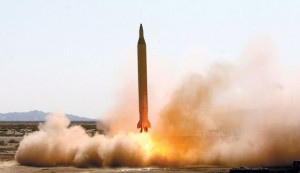 Until this week, Prime Minister Netanyahu took pride in never having lead Israel into a war. Now he may be on the verge of starting not one but two.

Prime Minister Benjamin Netanyahu and Defense Minister Ehud Barak have not given up the dream of carrying out a major operation in Iran. For some time, prior to the recent American election, they were in disagreement: Barak was against creating facts on the ground which President Barack Obama would be forced to deal with, whereas Netanyahu entertained the idea of exploiting the sensitive political period preceding what he thought would be the surefire victory of his esteemed ally, Mitt Romney.

As the election there recedes into history while ours approaches, this twosome is going back to dealing with the Iran plan – which is one that will necessarily influence the character of the next Knesset and government.

For Netanyahu, Operation Pillar of Defense is not a baptism of fire. Sixteen years have passed since the opening of the Western Wall tunnel in September 1996, an act that escalated events on the ground (called “Hot Iron” at the time by the Israel Defense Forces ). Netanyahu – at the time a novice, arrogant prime minister – took a public beating so painful that he was forced to revoke his refusal to make concessions to PLO leader Yasser Arafat concerning Hebron. Since then, throughout seven years of power during two terms in office, Netanyahu has kept his fingers off the trigger, and has even been proud of his restraint.

This week, however, the premier crossed a private red line by daring to authorize the undertaking of a large military operation. It isn’t a war, in his view, rather a military move whose goals, duration and achievements are circumscribed. But the dark cloud in the Gaza skies might serve as an alternative, or preface to, an Iran operation. It all depends on circumstances and what happens further down what may be a long road.

In any event, Operation Pillar of Defense has renewed the Netanyahu-Barak partnership, one which theoretically should have unraveled owing to potential candidacies of other figures for the Defense Ministry portfolio, from Likud or Yisrael Beiteinu.

In the world today, there is no a multidivisional, many-pronged operational-intelligence force that is better trained and more efficient than the IDF (which, of course, also works in conjunction with partner-deputies such as the Shin Bet security service, the Mossad and the police ). The gathering of precise information about the movement of senior enemy leaders and locations of firearms – and the transmission of this data, within seconds, to manned weapons systems – is done on a level which has yet to be reached by any other army. Usually, high-quality information gathering about the region can be obtained from human and technological sources. However, this work is done with respect to a relatively limited area, one under constant surveillance from the air, sea and land.

At the start of Operation Pillar of Defense, Israel made use of psychological warfare in order to deter and to exert influence; this approach involved the use of reservist call-ups, reinforcement of forces, and the sending of signals about a readiness to launch a land invasion as a result of the barrage of missiles, bombs and shelling. Now, Israel will try to make use of this show of strength as leverage in the Iranian context.

In theory, a force which is able to strike against Ahmed Jabari would be able to pinpoint the location of Iranian President Mahmoud Ahmadinejad. And a force that destroyed Fajr rockets would be able to reach their bigger siblings, the Shihabs, as well as Iran’s nuclear installations. So as not to leave a shred of doubt, the IDF Spokesman emphasized that “the Gaza Strip has become Iran’s frontline base.” At first glance, Operation Pillar of Defense seems to be aimed at the Palestinian arena, but in reality it is geared toward Iranian hostility against Israel.

This situation is fraught with implications – for example, the possibility that Israel will devise a new policy vis-a-vis the positive, more moderate half of the Palestinian arena, namely the Palestinian Authority, under Mahmoud Abbas and Salam Fayyad, in the West Bank. Up to now there has been no sign of such a move; perhaps it will come after the elections in January.

Operation Pillar of Defense represents a practical test of expertise for the Israel Air Force commander and the head of IDF Intelligence, Maj. Gens. Amir Eshel and Aviv Kochavi, respectively. More than anything, however, it is a test for IDF Chief of Staff Lt. Gen. Benny Gantz, the commander whom neither Barak nor Netanyahu wanted – though now they heap praise upon him as though he were always their preferred choice.

One can guess what Barak would say if the IDF chief of staff were Yoav Galant, who served as commander on the Gazan front during Operation Cast Lead in 2008-2009. All this points to the basic character of the IDF, and to the fact that the army does not really change direction according to the person commanding it.

Barak has served as defense minister during these two operations. His chances of passing the electoral threshold and winning a Knesset seat with Atzmaut were negligible up to recent days. Now they have improved as a result of coincidences, both in security and political arenas; these include the fact that both Labor and Meretz have lost impressive possible candidates for their lists. Now Atzmaut, comprised of Barak and confederates, have the option of joining Labor, Likud-Yisrael Beiteinu or a centrist party headed by Shimon Peres and/or Tzipi Livni.

Lacking experience with military operations, Netanyahu is liable to draw erroneous conclusions from Operation Pillar of Defense, particularly if it ends relatively quickly with few casualties.

It is very tempting to think that the Gaza theater will remain quiet for months, until the renewal of smuggling of long-range missiles via the tunnels; that Sheikh Hassan Nasrallah will stop Hezbollah from using its weapons, in defiance of explicit orders from Tehran; and that the intelligence assessment of casualties likely to be sustained on the home front during an operation in Iran, based on the assumption that the Arrow antimissile system is used (although it has yet to demonstrate actual interception capabilities ), will in fact duplicate the performance of the Iron Dome system. All of these will constitute calculations in favor of an Iranian operation, particularly so long as Syria is stuck politically and militarily, owing to its domestic unrest.

Last week, directly after Barack Obama’s victory, Netanyahu made haste to talk about how he offered his congratulations to the reelected president. It turns out that Obama spoke that same day with 13 foreign leaders, including Egypt’s Mohammed Morsi, Saudi Arabia’s King Abdullah, Turkey’s Recep Tayyip Erdogan, heads of state from Colombia, Australia, Brazil and other countries, and Netanyahu.

During his recent visit to Moscow, President Shimon Peres managed to express Israeli sensitivity toward the bitterness felt by other powers – Russia foremost among them – about the precedence given to the Americans by Jerusalem. Anyone who wants to isolate Gaza needs the consent of regional powers. And anyone who wants to isolate Iran cannot depend on Washington alone.

Netanyahu has a one-track mind when it comes to two issues: the Iranian goal, and American support (which seems to be a bit shaky of late ). Should Operation Pillar of Defense attain the limited goals set for it in Gaza, that will be very good. Yet should the political leadership, buoyed by strong performances from the intelligence and other branches, try to extrapolate from this operation and transpose it to other places, it could be dangerous.