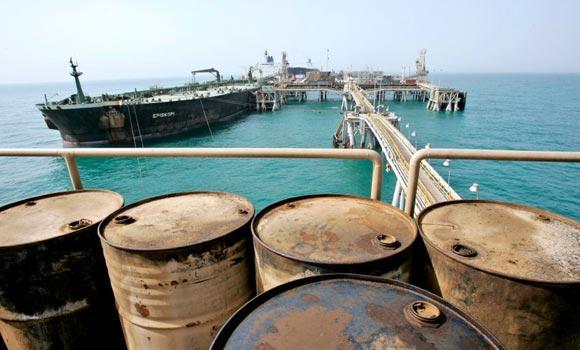 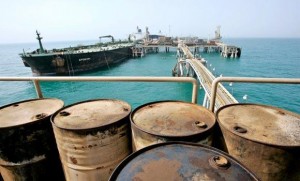 A ban on European Union insurers covering Iranian oil exports has forced ship owners to fall back on new, untested insurance providers, raising fears that governments may have to pay in the event of an oil spill.

The July ban, part of a range of Western sanctions aimed at forcing Iran to scrap its disputed nuclear program, has cut off the Iranian oil trade from Europe’s so-called Protection and Indemnity (P&I) clubs, which account for the majority of cover for the tanker market.

“The unavailability of reliable insurance is a risk for states, and particularly littoral states whose waters ships like this could be passing through,” said Nigel Carden, deputy chairman of the UK P&I club. “If you have a spill off Singapore or Malaysia, we know those are extremely expensive, it is a significant risk,” he explained.

Europe and the United States are off-limits to Iranian exporters because of the sanctions regime, but Asian countries continue to buy its oil.

Most ships serving this export trade have turned to Iranian insurer Kish, a newly created player modeled on the P&I clubs, or to state-backed insurance schemes set up by importing countries.

The biggest potential drawback for vessels insured by Kish is that it may struggle to pay claims outside Iran because the sanctions prevent banks from channeling cash out of the country.

“While we only speculate on the outcome, I would anticipate it to be problematic,” said Samuel Ciszuk, analyst with British-based consultancy KBC Energy Economics. “Money transfers in and out of Iran are tough. There is a big question about their ability to stump up the money.”

Others doubt whether Kish, founded last year and dependent on reinsurance from a state-run body to cover the bulk of its liabilities, can provide the same degree of protection as western P&I clubs. Those P&I clubs use the world’s top re-insurance companies to boost their capacity to pay claims.

“The biggest question that Kish P&I poses … is whether this newly established club is credible, financially reliable, and truly independent as it purports itself to be,” said Emanuele Ottolenghi of the Foundation for the Defense of Democracies, a Washington-based think-tank which has advised the U.S. government on sanctions against Iran.

Tehran-based Kish did not respond to requests for comment. The insurer told Reuters in March it was confident it would be able to find a legal way around the ban on banks transferring money out of Iran.

Kish says it can pay claims of up to $1 billion, matching the protection available from European P&I clubs, with all liabilities above $500,000 reinsured with state-run Central Insurance of Iran.

SAFETY CONCERNS
In the event of an uninsured spill, a maximum of about $800 million could be covered by the International Oil Pollution Compensation Fund, a safety net funded by companies that receive shipments of imported oil in participating countries. Anything above that would likely be borne by taxpayers in the affected country.

The costliest oil spill involving a tanker to date was the Exxon Valdez disaster in Alaska in 1989, which industry groups estimate has cost as much as $7 billion in clean-up expenses, fines, and penalties.

“There could be major oil pollution involving a collision with a passenger ship as well, and then you’d have a nightmare scenario with a lot of loss of life, a lot of oil pollution, possibly a wreck removal,” said Andrew Bardot, executive officer of the International Group of P&I clubs, whose members provide liability cover to 95 percent of the world’s tanker fleet.

“All of those liabilities would stack up to a very, very large sum of money and the bill would have to be picked up by the impacted states, and they certainly wouldn’t be able to compensate victims to the level that we would,” said Bardot.

A state-backed insurance program for Iranian oil shipments set up by key importer India covers third-party claims to a maximum of just $50 million, a fraction of the limit of up to $1 billion offered by P&I clubs.

Industry sources say claims brought against the Iranian government through the courts will be lengthy and complex.

“The problem is going to be collecting the money if there is a big spill,” said Clay Maitland, managing partner with the Marshall Islands Registry, the world’s third largest open ship registry. “It may take years, many years to collect. It might very well take 20 or 30 years of lawsuits or more to collect this money.”

Shipping officials say none of the alternative arrangements that have sprung up to fill the gap left by western P&I clubs offers a the same level of financial security.

“It is apparent that ships can get insurance cover from some governments and some insurers,” said Peter Hinchliffe, secretary general of the International Chamber of Shipping, which represents more than 80 per cent of the world’s merchant fleet.

“Unfortunately neither of these options offers the financial security provided by the International Group Clubs and this means that if there is an unfortunate incident the security of payment against claims may not be secure.”

The withdrawal from Iran of the world’s top ship classification societies, tasked with verifying vessel safety and environmental standards, has raised other concerns over insurance cover. The companies, which exited due to sanctions pressure and fearing the loss of U.S. business, provided vital certification to secure insurance cover and ports access.

Their departure has raised questions over whether Iran can keep up the previous top class maintenance of its oil tanker fleet.

“Without any of the elite classification societies or insurance cover offering technical and financial services to those still moving Iranian crude, you have wonder what will happen should anything go wrong,” said a senior ship industry executive.

“The risks of an incident rise every time technical support is withdrawn from those who continue to ply this trade.”