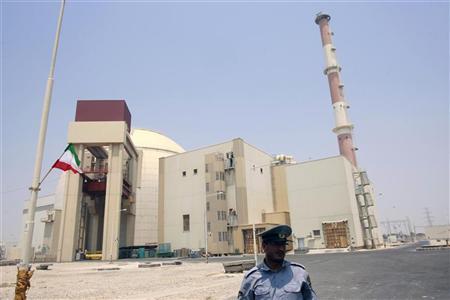 U.N.’s nuclear report on Iran may not be all bad news for West 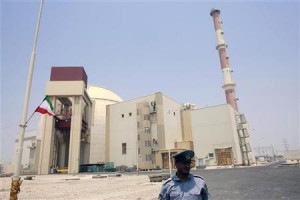 (Reuters) – Iran is believed to have increased the number of centrifuges in an underground nuclear plant by nearly a third in three months, diplomats say, underlining the tough task facing major powers pressing Tehran to curb its atomic activity.

But despite a major expansion of its capacity to refine uranium at the Fordow facility, buried deep inside a mountain, Iran does not appear to have switched on its newly installed enrichment centrifuges yet, although this could happen soon, they said.

A U.N. report on Iran’s nuclear programme is also likely to show this week that it continues to use some of its most sensitive material for reactor fuel, at least temporarily making it unavailable for any quick atom bomb bid.

This could help in “buying more time for dialogue”, a Western diplomat said, referring to international efforts to seek a diplomatic solution to the decade-old dispute and avert the threat of a new Middle East war.

It may also explain why Israel, assumed to be the region’s only nuclear-armed state, recently signalled that an attack on the Islamic Republic’s nuclear sites was not imminent, after months of speculation that it might be.

But another Western envoy said the fact that Iran was converting some of its higher-grade uranium gas, a short technical step from weapons-grade material, into oxide powder for fuel should not distract from its bigger nuclear defiance.

“They haven’t addressed the (U.N. nuclear agency’s) questions, they haven’t suspended their enrichment as required by the U.N. Security Council, so anything else they are doing around the margin is beside the point,” this diplomat said.

The conversion of uranium refined to a fissile concentration of 20 percent into fuel is also reversible as long as it has not been introduced into a working reactor, although it would take a few months to turn it back into gas form, security experts say.

Tehran denies U.S. and Israeli allegations that it is seeking a nuclear weapons capability, saying its programme is entirely peaceful. But U.N. inspectors suspect past, and possibly ongoing, military-related nuclear work.

The question of when and how quickly Iran might be able to assemble a nuclear weapon if it chose to do so is hotly debated in the West because it could influence any decision by Israel to launch military strikes against the country.

The U.N. International Atomic Energy Agency (IAEA) is expected to submit its next quarterly Iran report to member states on Friday, 10 days after U.S. President Barack Obama’s re-election raised hope of a revival of diplomacy on the issue.

It is expected to show a defiant Iran pressing ahead with expanding its controversial nuclear programme, despite harsh Western sanctions targeting its vital oil sector, and continuing to sanitise a military site the IAEA wants to visit.

Iran’s rial has slid against the U.S. dollar over the past year as sanctions on oil exports have slashed dollar-denominated sales, but experts say there is no sign as yet that this has changed the leadership’s position on the nuclear programme.

At talks in Tehran next month, the Vienna-based IAEA will make a new attempt to persuade Iran to let it resume a long-stalled investigation into suspicions that it may have worked on developing a nuclear-armed missile.

At Fordow, located under rock and soil to protect it against any enemy attacks, diplomats say Iran has now put in place the nearly 2,800 centrifuges it was built for, up from about 2,140 in the previous IAEA report issued in late August.

It is unclear whether the necessary piping and other infrastructure have been completed for all of them. It is also not known why Iran may be holding back from expanding output there, even though the equipment for doing that is installed.

“It is politically driven but to what end is still a big mystery,” a third diplomat in the Austrian capital said. “It is not necessarily a sign that there is a solution to be reached.”

Iran started producing uranium enriched to 20 percent fissile purity at Fordow, compared with the 3.5 percent level needed for nuclear energy plants, in late 2011 and has been operating 700 centrifuges there since January this year.

World powers want Iran to halt the 20 percent enrichment, close down Fordow and ship out its stockpile of the material.

Iran has signalled it may be ready to suspend the higher-grade enrichment but says sanctions imposed on the major oil producer must be lifted in return, a demand the West rejects.