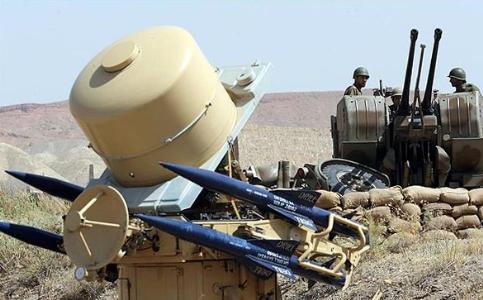 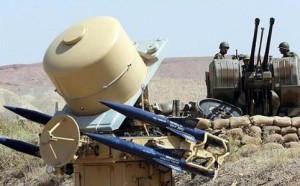 (Reuters) – Iran unveiled new missile and artillery systems on Tuesday, Iranian media reported, on the second day of large-scale military exercises which officials said were aimed at sending a warning to those threatening the Islamic Republic.

Played out against a backdrop of high tension between Iran and the West over Tehran’s nuclear program, the “Velayat 4” man oeuvres across a vast swathe of the eastern half of the country have focused on air defenses.

Israel has threatened to strike Iran’s nuclear sites if diplomacy and Western sanctions fail to stop the country’s atomic program, which the United States and its allies believe is aimed at developing an atomic bomb, a charge Tehran denies.

“The low-altitude missile system ‘Ya Zahra 3′ is completely indigenous and Iranian and has been designed and produced to suit internal needs,” Esmaili was quoted as saying by the Iranian Students’ News Agency (ISNA).

He said the second missile system named ‘Qader’ was highly mobile and could be deployed in less than 30 minutes, while a new artillery system named ‘Safat’ could escape detection by enemy surveillance.

“Today and tomorrow, the most significant firing of missiles in the … exercises will take place,” Esmaili said, according to state television.

Western experts say Iran often exaggerates its weapons capabilities, although there are concerns about its longer-range missiles.

The military drills come less than a week after the U.S. Pentagon said Iranian planes opened fire on an unarmed U.S. drone over international waters on November 1.

Iran said it had repelled “an enemy’s unmanned aircraft” violating its airspace.

Iranian officials have threatened to strike U.S. military bases in the region and target Israel if its nuclear sites are attacked.

In August, it said it test-fired a short-range missile called the Fateh-110, which it said was capable of striking land and sea targets at a range of around 300 km (180 miles).

Michael Elleman, a missile expert at the International Institute for Strategic Studies (IISS) think-tank, said he could not assess Iran’s latest claims, but said in the past the Iranian military has modified and upgraded weapons procured from abroad and said they were Iranian-made.

“Iran has a history of unsubstantiated boasts about its weapons and indigenous capabilities,” Elleman wrote in an e-mail to Reuters on Tuesday. “Iran, while increasingly capable in the field of engineering and program management, is years away from creating new air defense systems on its own.”

The missiles that receive the most attention in the West are those with longer ranges, including the Shahab-3, with a reach of 1,300 km (800 miles), as they may be capable of carrying a nuclear payload, if Iran was able to make a small enough bomb. Iran denies it is pursuing nuclear weapons.

The IISS said in a report this year there was mounting evidence that the tightening of sanctions on Iran “has stymied efforts to develop and produce the long-range ballistic missiles capable of striking potential targets in western Europe and beyond.”