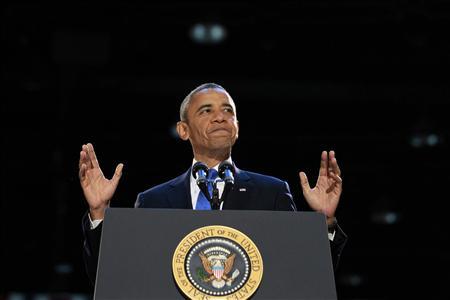 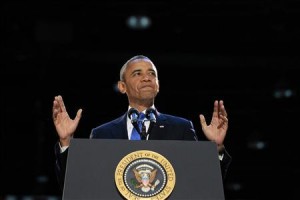 Many people in the Middle East will tell you that it matters little who occupies the White House as nothing good could ever come from Washington. The perception that an all-mighty America has a magic wand to solve the problems of the region, if only it chooses to wave it, sets the Middle East up for disappointment with every presidential election.

Nevertheless, in much of the region and among the more politically aware, there is undoubtedly a sense of relief that Barack Obama has won a second term.

By the end of the campaign, the difference in policy between the two presidential candidates had narrowed considerably, largely because Mitt Romney gradually came closer to the Obama administration’s views. But memories of the Bush years remain fresh in people’s minds and they drive expectations of more aggressive policies from Republican administrations. As one Gulf official says: “We just don’t like wars.”

Concerns over renewed American belligerence were reinforced by Mr Romney’s hardline on Iran and closer alignment with Israel’s Benjamin Netanyahu, the leader in the Middle East who is probably most annoyed by the outcome of the presidential vote. It is possible that the prospects of more tension with the US could affect the Israeli general election in January, which Mr Netanyahu is, at this stage, projected to win.

Although in some corners of the region there has been a fair amount of clamouring for more forceful American leadership – not least with regard to the raging conflict in Syria, where the world has watched the daily slaughter of innocents for the past 19 months – today’s Middle East is also at a historic stage of transformation that is for the first time led by its own people. The cautious approach adopted by the Obama administration is appropriate for these turbulent times.

The US’s ability to influence events is, in any case, limited. We often hear laments, particularly in the Gulf, over how shamelessly the US abandoned long-time allies such as Egypt’s Hosni Mubarak, when, in reality, the street had turned so ferociously against him that not even Washington could have saved him.

Indeed, despite the anticipation that a second Obama term will focus more heavily on foreign policy – and therefore on the Middle East – the region’s volatility and the far more pressing domestic economic concerns in the US would suggest otherwise. The second term presidential push for Middle East peace that Arabs often dream of is less likely this time unless there is a change (or a change of heart) in the Israeli government.

On Syria, meanwhile, the US might provide greater assistance for the rebels but it will continue to resist Syrian opposition calls for military intervention to oust Bashar al-Assad, however much it wants him out of power.

The one exception to the guarded approach might be Iran, where the second Obama administration could embark on a bold attempt to strike a grand bargain that resolves the nuclear dispute. Having pledged not to allow Iran to develop nuclear weapons, thereby removing containment as a policy option, Mr Obama will probably pursue the vigorous sanctions path coupled with a push for bilateral negotiations as he tests the limits of diplomacy.

True, every corner of the Middle East presents a challenge for the US, with the Arab awakening having added a massive volatility factor to an already tense political environment. One of the most important foreign policy issues for Washington today is the rise of Islamists in Egypt, the Arab world’s largest nation, and their future attitude towards the peace treaty with Israel and relations with the west.

But the crisis that has weighed most heavily on American policy makers – and will continue to – is Iran and how to curb its nuclear ambitions without resorting to another Middle East war.

The Iran Project is not responsible for the content of quoted articles.
Iran, Quoted, US November 12, 2012
Iran interference concern to all: GCC secretary-general
Iran prosecutor confirms blogger Sattar Beheshti died in police custody