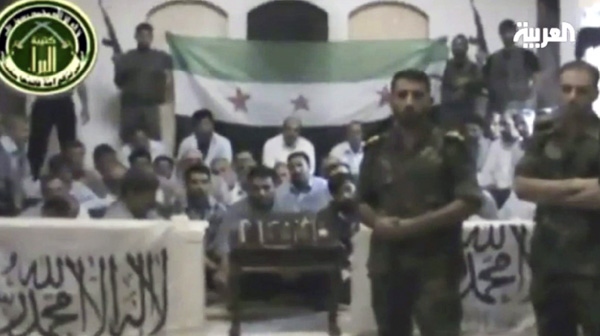 Iran seeks Turkey’s help for release of hostages in Syria 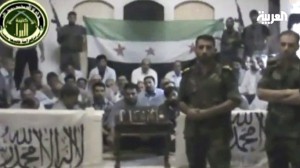 An Iranian delegation including members of the country’s parliament will pay a visit to Ankara in upcoming days in a bid to secure Turkey’s mediation for the release of a group of Iranian hostages who have been held by Syrian opposition forces since August.

Iran has stepped up its efforts to secure the release of the hostages, who were kidnapped on Aug. 4 while traveling to a shrine in the outskirts of the Syrian capital.

Opposition fighters kidnapped a group of 48 Iranians on Aug. 4 on a road between Damascus International Airport and the suburbs of the capital. Iran claimed that the group was traveling to the shrine of Hazrat Zainab in the outskirts of the Syrian capital while opposition forces said the hostages were members of the elite Iranian Revolutionary Guards and were in Damascus to assist the Syrian army in their attempt at crushing the rebellion.

In a video aired on the Al Arabiya news channel in early October, a commander of the opposition fighters showed the military identity papers of some of the Iranian hostages and demanded from Damascus the release of opposition figures that have been detained in prisons. Otherwise, they would kill the hostages, the commander threatened.

Tehran later acknowledged that some retired members of the Iranian Revolutionary Guards and military officials are among the hostages.

Since then Iran has been seeking assistance from Turkey and Qatar to secure the release of the hostages.

Iranian media outlets reported that the delegation will consist of members of the National Security and Foreign Policy commissions in the Iranian parliament.

The media outlets also noted that Turkey has influence over Syrian opposition forces and could help Iran with the issue of the hostages.

Turkey and Iran have been at odds over how to end the 20-month-old Syrian uprising. While Tehran has been the staunchest backer of the Assad regime, Turkey reiterates that Assad must step down to make way for a democratic transition.

Turkey hosts more than 110,000 Syrian refugees and strongly endorses the Syrian opposition in its bid for a regime change in war-torn Syria.