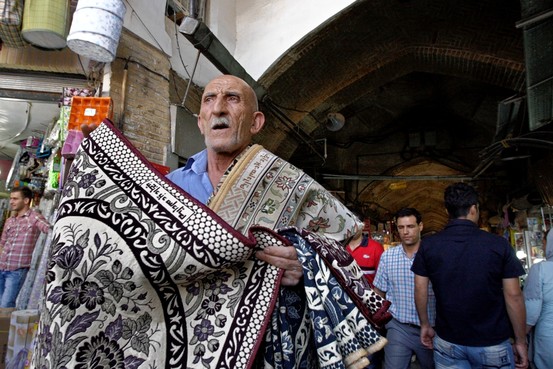 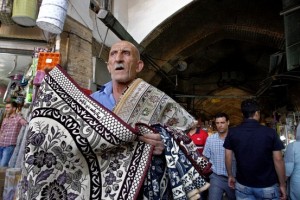 Iran’s economy may shrink more than the International Monetary Fund forecast earlier this year because of weakness in the exchange rate, the fund’s Middle East chief said.

The “most recent round of currency depreciation and the associated uncertainty will likely have a further negative impact on economic outcomes in the coming year,” Masood Ahmed said in a Dubai interview today, without elaborating. The Washington-based IMF estimates an 0.9 percent contraction this year based on data from before the currency declined, he said.

The Iranian rial has dropped about 40 percent against the dollar since August, and while the central bank’s inflation rate for September was 24 percent, economists say the measure may be three times higher. Iran has raised interest rates on deposits and opened an exchange center to stabilize the currency market.

Iran’s move to a “flexible exchange rate” needs to be supported by “tighter monetary policy and policy coordination to be able to contain the inflationary pressures that might come from it and to ensure that there is an orderly foreign exchange market,” Ahmed said. The IMF plans to send a team to Iran in the first half of 2013 to evaluate its economy and foreign- currency reserves. The Economist Intelligence Unit estimates Iran’s foreign reserves will drop to $70 billion this year from $80 billion in 2011 as sanctions reduce oil exports.

The U.S. and the European Union are starving Iran of foreign currency by blocking sales of oil, its main export, and other transactions in dollars and euros. Israel, which has accused Iran of trying to develop atomic weapons, has threatened to attack to stop the Islamic Republic’s nuclear program if the sanctions don’t succeed in curbing it.

Iranian leaders, who insist that their atomic work is peaceful, say they won’t bow to the pressure even as crude output plunges to the lowest in more than two decades.