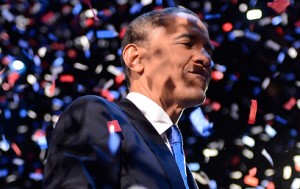 WASHINGTON – Dennis Ross, President Obama’s senior advisor on Middle East policy and Iran until a year ago, said Thursday that 2013 will be the decisive year for the Iranian nuclear issue.

According to Ross, 2013 is likely to see direct talks between the US and Iran, as well as a possible deterioration of the situation into war. He expressed confidence in Obama, reelected Wednesday, as well as his resolution not to allow a nuclear Iran.

Ross, who also served as President Bill Clinton’s Mideast envoy, stated during an appearance at the Washington Institute for Near East Policy that the Iranian issue will keep Obama busy from day one of his second term. According to him 2013 will be the critical year because afterwards it will be too late to stop the Islamic Republic from becoming nuclear.

During his Thursday appearance, Ross reiterated the fact that direct talks between the US and Iran do not necessarily entail success, but noted that they do hold promise and a great opportunity.

If at first Iran’s supreme leader claimed that Western sanctions would be meaningless for the country, Ross said, today they’re singing a completely different tune, openly admitting that the sanctions are having brutal effect on Tehran. There is growing recognition in Iran that a diplomatic solution makes the most sense. Hence the chances for a diplomatic solution are greater than in the past, even if they are not completely certain.

According to Ross’s calculation, by end of 2013 the West’s ability to gauge the programs progress will be lost. At this point, according to him there will be a need to act.

He hinted that during the upcoming months we will see a meaningful diplomatic solution put on the table. Moreover he noted that no American president will mobilize forces before showing the American people and the world that he has done everything in his power to prevent war.

Obama’s former advisor also stated that he believes we will see increased US involvement in Syria so as to make sure it does not turn into a pariah state, devoid of centralized government. He said he believed the US would start arming the oppositions as well as citing the Turkey’s proposal to create a no-fly-zone around Syria.