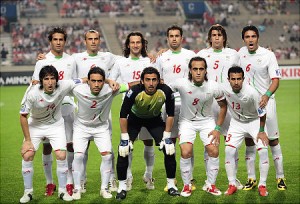 According to the latest FIFA ranking released on Wednesday, Iran moved 14 places up and rose to 44th place with 611 points.

Iran stays at fourth place among the Asian teams. Japan remains the best Asian team with 810 points followed by South Korea with 728 and Australia with 719 points respectively.