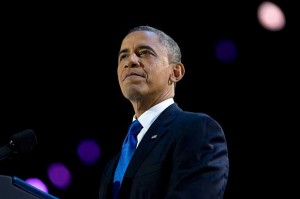 President Barack Obama won a second term in the White House with a clear victory against Republican challenger Mitt Romney, and Turkish analysts are quick to say that Obama is likely not to focus solely on the Middle East but that does not mean Washington will not be engaged in developments in Syria, Iraq and Iran.

According to Gülden Ayman from Marmara University, it is obvious following the Arab Spring that Turkey is not the only actor but one of the actors in Middle East for the United States, and Turkey’s handling of the Syrian crisis in particular has shown deficiencies in Turkish foreign policy.

“It seems like Turkey is not ready to solve problems diplomatically. The case of Syria has shown that,” she said, adding that in the era of the redefinition of US-Russian relations, the US is likely to see more common areas of agreement with Moscow.

“Russian efforts might take precedence to seek a middle way for a solution in Syria. If that occurs, is Turkey going to be ready for that?” she asked during a panel discussion at Kadir Has University’s Center for International and European Studies on Wednesday.

Another point of concern for Turkey is the future of Kurds in both Syria and Iraq, Ayman pointed out.

“We will watch to see if new scenarios will be difficult for Turkey to accept,” she said in regards to the Kurdish desires of independence that became inflamed following the public uprisings against the old regimes in the Middle East.

When it comes to expectations from the United States in regards to Turkey’s struggle with the armed and outlawed Kurdistan Workers’ Party (PKK) based in northern Iraq and southeast Turkey, Ayman said Washington’s support is not meeting the expectations of Ankara as the war between the two continues to claim lives.

“There is the issue of desires to establish the ‘great Kurdistan’ — a very important issue for Turkey,” she said, adding that Ankara’s choice to support the Sunni-Kurdish axis in Iraq is not likely to be a “realistic” policy choice since the “virus of ethnic nationalism” is hard to get rid of.

In his second term, President Obama is likely to “zoom out” from the Middle East, another analyst said at the same panel discussion evaluating the results of the Nov. 6 US presidential election for Turkey.

“This is not to say that the United States will completely leave the Middle East, but it will not just focus on it,” said Soner Çağaptay of the Washington Institute for Near East Policy.

In regards to Syria, Çağaptay said both Ankara and Washington want a soft transition in Syria but that the former wants a much faster transition.

“This is because Syria is next to Turkey; the effects of the war are immediately felt in Turkey. Now that Obama has no re-election concerns, Turkey is likely to ask for more action from the US president to end the war,” he said.

Çağaptay said a debate on a kind of safe zone at the Turkish-Syria border supported by NATO is likely to re-emerge in the coming days.

According to Çağaptay, Syria is probably going to be the “stress test” for relations between Turkey and the United States although expectations are that the relations will continue without change.

İlter Turan of İstanbul Bilgi University agreed that relations between the two countries are not going to be much different during Obama’s second term in office.

Asked his thoughts about US Secretary of State Hillary Clinton’s remarks questioning the representativeness of the Syrian National Council (SNC) of the whole of the Syrian people and then supporting its meeting in Qatar, Turan said he expects cooperation, not confrontation, between Turkey and the United States in that regard.

Iran is another area to watch for, analysts also said.

“It is possible that Obama can try to negotiate with Tehran,” Soli Özel of Kadir Has University said. “And if I were Bibi Netanyahu, I would lose some sleep tonight.”

According to Özel, Israeli Prime Minister Benjamin Netanyahu’s full support for Mitt Romney is going to lead to some sour relations between Obama and Netanyahu.

Ayman is also hopeful that Washington might negotiate with Iran further to clamp down its nuclear ambitions.

Meanwhile, Çağaptay expects a “grand bargain” between Washington and Tehran in a year’s time.

“Would Iran want that? We’ll see. Tehran might have demands from Washington in regards to Syria,” he said.