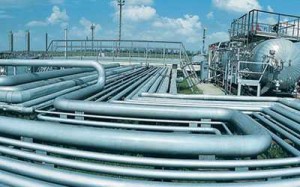 An ethylene pipeline that will carry the product to northwestern Iran from the southern port town of Assaluyeh will start next month, Mehr reported, citing an official with the National Iranian Petrochemical Co.

In the Iranian year that ended on March 19, the nation exported $14.2 billion worth of polymer and petrochemical products to more than 60 countries, Mehr said.

The Persian Gulf state exported 7.7 million tons of the products valued at $6.1 billion in the first six months of the year, NIPC’s managing director Abdolhossein Bayat said in a report published today on the Oil Ministry’s Shana news website.

Iran, which is under financial and energy sanctions by Western nations over its nuclear program, is a member of the Organization of Petroleum Exporting Countries.