JERUSALEM (AP) — Israel’s prime minister and defense minister ordered the military to go on alert to prepare to attack Iran’s nuclear program two years ago, but backed off following opposition from top security officials, an Israeli news show claims in a report to be aired Monday night. 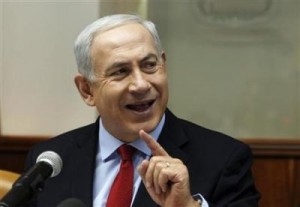 A pre-broadcast news release from Channel 2’s Uvda (Fact) show did not say whether a final decision to attack was made.

However, it says the alert order quickly met opposition from then-military chief Lt. Gen. Gabi Ashkenazi, who warned that Israel’s enemies would notice the measure and that in itself might touch off a war.

“This accordion produces music when you play it,” the statement quotes him as saying. “This is not something you do if you are not sure you want to end up with a military operation.”

Netanyahu and Barak “simply tried to steal a decision to go to war,” Uvda quotes him as saying.

Ashkenazi denies that, saying he instead told Barak that an attack at that time “would be a strategic mistake,” the statement said.

The two former security officials could not be reached for comment.

Israel does not believe Tehran’s claims that its nuclear program is peaceful and designed to produce energy and medical isotopes. It considers a nuclear-armed Iran to be a threat to its survival because of its nuclear program, arsenal of weapons capable of striking the Jewish state, support for anti-Israel militants groups and frequent calls for Israel’s destruction.

Netanyahu has repeatedly said the threat of force must be seriously considered, recently warning that the world has until next summer at the latest to keep Iran from building a bomb.