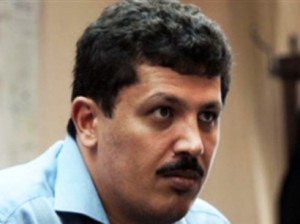 Mehdi Hashemi, the son of Iran’s former president Ayatollah Hashemi Rafsanjani has been transferred to the hospital, ILNA reported.

Reportedly, Hashemi has been sent to the hospital because of his heart problems. Hashemi’s family visited him at the hospital.

Hashemi’s advocate Mahmoud Alizadeh Tabatabai told ILNA that it has been agreed that Hashemi would be sent to hospital from prison where he has been held previously.

Hashemi has been arrested ever since arrival in Tehran from UK in September. After three-year stay in UK, Hashemi returned to Tehran, and after being arrested, was taken to country’s Evin prison.

Hashemi was arrested on charges of propaganda against the state and corruption. Like his father and sister, Hashemi is a fierce critic of President Mahmoud Ahmadinejad and did not acknowledge his re-election in the 2009 presidential vote, which was overshadowed by allegations of electoral fraud.