Land mine left over from Iran-Iraq war explodes, killing 6 and injuring 1 in western Iran 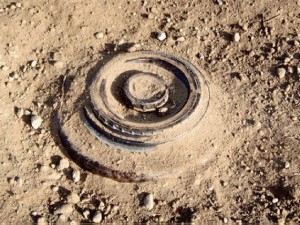 TEHRAN, Iran (AP) — An Iranian semi-official news agency reports an explosion from a land mine left over from the Iran-Iraq war of the 1980s has killed six people and injured one.

The Sunday report by Mehr says the explosion happened on Saturday, during a minesweeping operation near the town of Marivan, some 300 miles (490 kilometers) southwest of Tehran.

Explosions from leftover munitions lead to casualties in Iran from time to time.