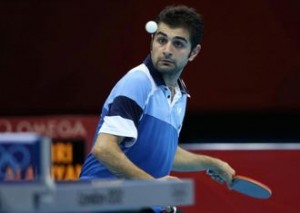 The 21-year old faced Egypt’s Omar Assar in the final game and came from two sets down to beat him 4-2.

It was another Under 21 Men’s Singles title for Noshad Alamiyan to add to his growing collection of honors.

The host nation’s Petrissa Solja emerged as the winner of the Under 21 Women’s Singles.