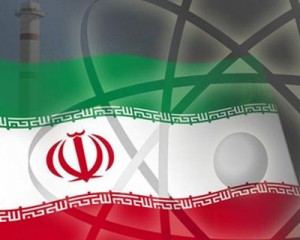 TEHRAN: Iranian Foreign Ministry Spokesman Ramin Mehman-Parast said Tehran has “nothing to hide” regarding its nuclear programme and has even proposed live broadcast of its talks with the Group 5+1 (the five permanent UN Security Council members plus Germany), reported Fars News Agency.

“Iran’s nuclear issue has a specific framework. The talks that we have pursued have been so transparent and our proposals have been so specific that the Iranian side has even proposed a live TV coverage of the whole talks,” Mehman-Parast said in an interview with FNA on the sidelines of Tehran’s 19th International Exhibition of Press and News Agencies on Saturday. “We have nothing to hide and we are proposing our ideas transparently,” he added.

The Iranian foreign ministry presser further stressed that disputes over Iran’s nuclear programme would have been resolved if they had been technical or legal. “Our disputes with the other party are neither technical nor legal but political,” he stated, and reiterated that the Iranian nation will not retreat from its nuclear rights under the western pressures.

Despite the rules enshrined in the Non-Proliferation Treaty (NPT) entitling every member state, including Iran, to the right of uranium enrichment, Tehran is now under four rounds of UN Security Council sanctions for turning down West’s calls to give up its right of uranium enrichment. Tehran has dismissed the West’s demand as politically tainted and illogical, stressing that sanctions and pressures merely consolidate Iranians’ national resolve to continue the path.

Last month, Iran’s Deputy Chief Negotiator Ali Baqeri said Tehran is waiting for the world powers’ response to its proposal which was presented in the Moscow talks in June, adding that the response would pave the way for future talks between the two sides. daily times monitor