Claim of Iran’s suspending uranium enrichment, a message for US elections

An Iranian lawmaker denies reports about the suspension of  uranium enrichment to the 20% degree in Iran, saying that no change has happened in Iran’s nuclear energy policies and 20 percent uranium enrichment activities continue as before. 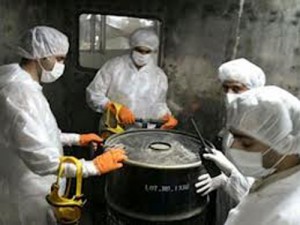 Mohammad Hassan Asafari, a member of the Majlis Committee on National Security and Foreign Policy was quoted as saying on Sunday (Nov. 3) that Iran had already suspended 20-percent uranium enrichment.

Asafari described the move as a “goodwill” gesture, hoping that Western countries would lift the illegal sanctions on Tehran in return; otherwise it would resume the program.

But, a day later, the Iranian lawmaker has dismissed reports about the suspension of the enrichment of uranium to the 20% degree in Iran, stressing that the Islamic Republic has made no changes in its nuclear energy policies.

Also, the semi-official news agency cited an “informed source” as saying “News about Iran’s nuclear issues is only announced by the secretariat of the Supreme National Security Council (SNSC).”

Some sources claim that Iran’s goodwill gesture is considered as a message for the US elections.