8.73 mln tons of crude steel produced in Iran in 7 months 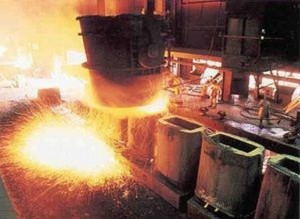 Iranian Deputy Minister of Industry, Mines and Commerce Fereydoun Ahmadi said that the figure showed a 9.6-percent rise in crude steel production compared to the same period last year, according to the report.

Iran also produced 10.3 million tons of steel products during the past seven months, Ahmadi was quoted as saying.

In April, Iran announced its plan to enhance the annual crude steel output to 55 million tons by 2025.