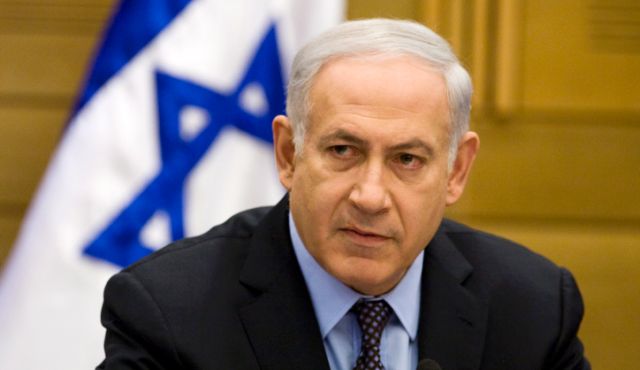 Netanyahu: Those that refuse to set red lines for Iran can’t give Israel red light

Prime Minister Benjamin Netanyahu on Tuesday launched an unprecedented verbal attack on the U.S. government over its stance on the Iranian nuclear program.

“The world tells Israel ‘wait, there’s still time’. And I say, ‘Wait for what? Wait until when?’ Those in the international community who refuse to put red lines before Iran don’t have a moral right to place a red light before Israel,” Netanyahu told reporters on Tuesday.

Meanwhile, diplomats told the Associated Press on Tuesday that The International Atomic Energy Agency has new intelligence that Iran has advanced its work on calculating the destructive power of a nuclear warhead, a step toward building such a weapon.

The diplomats said that the information – from the U.S., Israel and at least one other country – alleges the research was done within the past three years.

Iran denies that it has worked on nuclear arms and says allegations to the contrary are based on fabricated intelligence.

But the UN atomic agency gives credence to the suspicions and says it cannot disprove them unless Iran starts cooperating with its probe of the allegations.

The information comes from six diplomats who spoke to The Associated Press on condition of anonymity because they were not authorized to discuss intelligence.

On Monday, Speaking to reporters in Washington, State Department spokeswoman Victoria Nuland said, “It is not useful to be … setting deadlines one way or another” or to outline “red lines” for how far the U.S. can allow Iran’s nuclear program to advance.

She repeated that President Barack Obama has stated unequivocally that the United States will not allow Iran to obtain a nuclear weapon, and that U.S. support for Israel’s security is unwavering.

But she said she would not speak about ongoing discussions between the U.S. and Israel, calling such talk “not helpful for the diplomacy.”

U.S. Secretary of State Hillary Clinton also said the administration is not prepared to make such a public commitment.

“We’re not setting deadlines,” Clinton said in an interview with Bloomberg Radio.

On Sunday, Netanyahu said Jerusalem and Washington were talking about pressuring Iran further. He said setting clear red lines that if crossed will prompt a military strike against Iran’s nuclear facilities is the only way war can be avoided.

“We’re watching very carefully about what they do, because it’s always been more about their actions than their words,” she said on the sidelines of an Asia-Pacific forum in Vladivostok, Russia.

Clinton emphasized that while Israel and the United States share the goal of preventing Iran from developing a nuclear weapon, they disagree over the negotiations timetable with the Islamic Republic. Israel is “more anxious about a quick response because they feel that they’re right in the bull’s-eye, so to speak,” Clinton said, adding, “But we’re convinced that we have more time to focus on these sanctions, to do everything we can to bring Iran to a good-faith negotiation.”

“Such remarks won’t stop Iran’s centrifuges, just the opposite,” one senior official in Jerusalem said, adding, “Without a clear, firm red line Iran won’t stop its race to a nuclear weapon. Statements like these not only do not deter Iran, they reassure it,” he said.