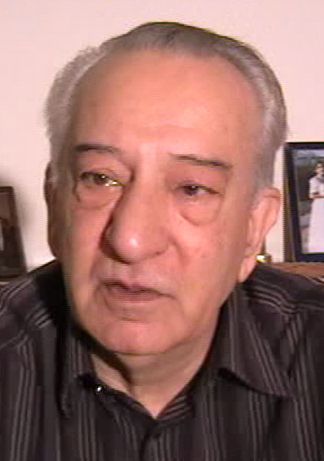 Dr. Akbar Etemad, the father of Iran’s nuclear program, slams the western countries’ hypocrisy over Tehran’s atomic activities and for denying the country its basic right to possess nuclear technology.

In an interview with Swiss-German television’s news program Rundschau, Etemad said despite West’s allegations, Iran has never planned to build a nuclear bomb.

Etemad added that the West created the nuclear Non-Proliferation Treaty (NPT), but they do not respect it themselves. “The spirit of the Non-Proliferation Treaty is that, as long as you respect your obligation…you have the right to do whatever you want to do in the field of nuclear technology… and Iran’s commitment is not to build a nuclear weapon, and they have not built a nuclear weapon.”

Etemad added that although today Iran has no plan to build a bomb, if the West continues to mount pressure on Tehran, they would push Tehran towards producing nuclear weapon.

Iran’s former nuclear chief said Iran has not made the decision to make atomic weapon despite having advanced nuclear technology.
It’s like any other country like Germany or Japan. They can make it but they don’t. Because they do not need it. [It is exactly the same in Iran] If they do not need it, they won’t make it, if they need it they would make it. That’s quite. Why a country like Iran in Middle East should not have the mean of defending itself?

Etemad, the founder of Iran’s nuclear program, was appointed as the head of Iran’s Atomic Energy Organization in 1974.