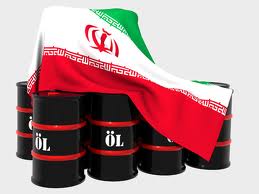 The West’s failure in dealing with Iran

The talks about an Israeli military strike against Iran serves the latter’s interests in raising oil prices to the level $116 per barrel. European and American oil sanctions on Iran affected the Iranian oil exports; in July and August of last year, Iran was exporting 2.2 million barrels per day, whereas in July this year, the Iranian oil exports decreased to 600 thousand barrels per day, and in August these exports have fallen to 1 million barrels per day. This means that, in the past two months, Iran has lost more than half of its oil exports in comparison with last year’s rate.

Iran’s oil revenues are still high. PIRA, the American energy market consulting firm, estimated Iranian oil revenue was 40 billion dollars for the first eight months of this year, while it had reached 60 billion dollars during the same period last year. Iran’s oil exports have been reduced to 60 percent of the level before sanctions, while revenue level has actually dropped by 30 percent only because of the increasing oil prices.

French diplomats are aware that this is a weak point in the sanction system imposed on Iran, because high oil high prices are still helping Iran to withstand these sanctions. Oil prices are expected to remain high in the next two months due to speculative oil trades on the short run that would raise the prices as a result of this constant tension.

Moreover, oil prices have reached $116 per barrel because of tension in the petroleum global markets. In the first and second quarters of this year, several refinery process units have witnessed maintenance operations, causing a very low oil stock; some refineries in the Atlantic basin have been shut, reducing the volume of products supplied, so the market witnessed an elevation in oil prices. This will help Iran to counterbalance some of the losses resulting from the oil embargo imposed by the west. So, the sanctions are not always efficient and influential on Iran.

There is no doubt that the West is facing a dilemma regarding the Iranian nuclear file. The West wants to carry on the dialogue with the Iranians, and at the same time, increase the pressure on the latters through sanctions.

However, Iran wants to delay the pointless dialogue so it can have the time to speed up and develop its nuclear program. The West can neither deal with this issue nor with the Syrian crisis. Western countries fear a military strike against Iran, because it would increase the region’s disturbance and threaten Obama’s presidential campaign.

This military strike would also reflect the weakness of the so-called “major” countries who have endured the bitter experiences in Iraq and Afghanistan due to their ignorance in dealing with this region, especially in their reliance on officials such as Paul Bremer, who created a state of confusion in Iraq after the fall of Saddam Hussein, and subsequently left the country in the hands of Iran. There is no doubt that the failure of the six major countries dealing with Iran regarding the latter’s nuclear file will give Tehran more time to build its nuclear program.