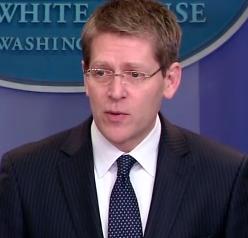 (Reuters) – The White House on Monday denied an Israeli newspaper report that accused Washington of secretly negotiating with Tehran to keep the United States out of a future Israel-Iran war.

Israel’s most widely read newspaper, Yedioth Ahronoth, said Washington had approached Tehran through two unidentified European countries to convey the message that the United States would not be dragged into hostilities if Israel attacked Iran over its nuclear program.

The paper said the United States told Iran it expected Tehran, in return, to refrain from retaliating against U.S. interests, including its military in the Gulf. The report did not disclose any source for its information.

The report followed Israeli Prime Minister Benjamin Netanyahu’s call on world powers on Sunday to set a “clear red line” for Tehran’s atomic program that would convince Iran they were determined to prevent it from obtaining nuclear arms.

Obama, seeking re-election in November, has insisted Washington is strongly committed to the security of close ally Israel and to preventing Iran from obtaining a nuclear weapon. But he has urged Israel to hold off any strikes on Iran’s nuclear sites and to give sanctions and diplomacy more time to work.