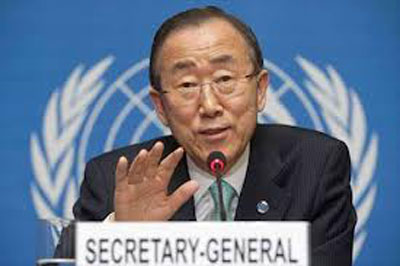 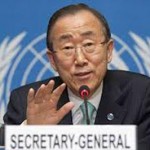 UN chief Ban Ki-moon and his entourage have been welcomed by Mohammad Khazaee Iran’s Permanent Representative to the UN, Health minister, the governor of Tehran and some other officials.

Mohammad Khazaee Iran’s Permanent Representative to the UN said that UN Chief traveled to Iran to meet with high ranking Iranian officials and hear their views on international and world issues.

It was said that Ban Ki-moon will meet Leader of the Islamic Revolution Ayatollah Seyyed Ali Khamenei, Iranian President Mahmoud Ahmadinejad, and a number of Iranian lawmakers during his visit to Iran.

Some sources reported that Iran’s opposition has urged the UN secretary general to visit Green Movement Leaders and press the regime over its human rights record during his controversial trip to Tehran for a summit of the Non-Aligned Movement this week.

UN chief’s traveled to Iran despite strong opposition from Israel and the United States whose efforts to isolate Tehran have failed.

In other words, Ban defied calls from America and Israel to boycott the gathering in Iran, the country’s biggest international conference in three decades, which will be attended by senior officials from more than 100 nations.