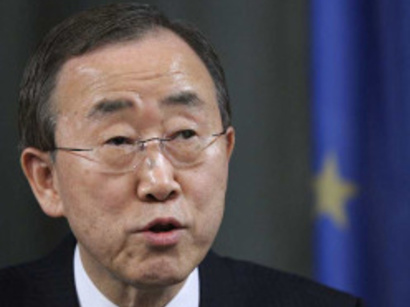 Ban Ki-moon to arrive in Tehran on Wednesday

The Secretary-General of the United Nations Ban Ki-moon will arrive in Iran on Wednesday, Ramin Mehmanparast, the spokesperson of Non-Aligned Movement’s 6th summit told reporters on Sunday.

According to Fars News Agency, Mehmanparast, who serves as a spokesman of Iran’s Foreign Ministry, said that Iran has invited Ban Ki-moon and he will take part in NAM summit on Wednesday.

The 16th summit of the NAM member states kicked off in the Iranian capital, Tehran, on Sunday.

According to Iran officials’ statements,120 countries’ representatives including 50 high level officials as presidents, prime ministers and vice-presidents will participate in NAM summit.

NAM, an international organization with 120 member states, is considered as not formally aligned with or against any major power bloc.