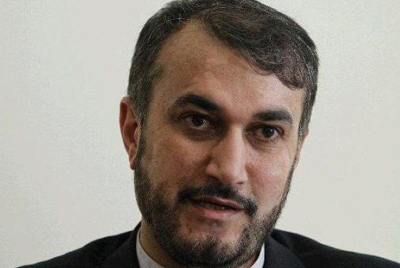 “As long as the regime’s repression of the Bahraini people goes on, Iran will not take any decision to return its ambassador to Manama,” the website of Iran’s Arabic-language Al-Alam television quoted Amir Abdollahian as saying.

Bahrain announced last Sunday that it had returned its ambassador to Iran, after an absence of nearly 18 months amid a deep rift between the two governments over Shiite-led pro-democracy protests that erupted in the Sunni-ruled kingdom in February last year.

Manama recalled its ambassador from Tehran on March 15, 2011 in protest at what it said was Shiite Iran’s “blatant interference” in its internal affairs.

Tehran retaliated by recalling its envoy from Manama.