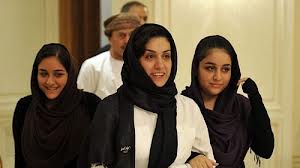 The Iranian, who spent five years in prison for what she terms wrongful detention, told media on her arrival in Tehran that she would file a lawsuit with the international courts against the US for her illegal detention.

She was arrested in December 2007, after being forced to return to the United States from a vacation in Cyprus. She was then sentenced to five years in prison by a Florida federal court in the absence of her husband.

Her former husband, Mahmoud Saif, had been accused of trying to export night-vision goggles to Iran from Austria in violation of US sanctions against the Islamic Republic.

Mir-Qolikhan told Press TV that she was harshly treated and tortured by the prison officials. She spoke about her terrifying ordeal and mistreatment at the hands of prison staff during an interview with the television channel.

“I am disgusted… at these people and their treatment. I would rather die than being in this garbage can one more day,” she had told Press TV in one of her telephone interviews from the US prison.

Iran’s Foreign Ministry spokesman said that the American government was to blame for the ordeal Mir-Qolikhan had suffered in the American jail. “The Islamic Republic considers the US government responsible for the torment that Mir-Qolikhan was subjected to and reserves this personal and official-legal right for her and the Iranian government,” Ramin Mehmanparast said on Sunday.

He added that the apprehension and prosecution of Mir-Qolikhan had been based on groundless allegations and was a violation of basic legal principles. “The Foreign Ministry has always and through various means protested to the US government over the conditions she was kept in throughout her detention and the psychological pressures she was subjected to.”

“The Foreign Ministry will continue with its all-out efforts for securing the release of innocent Iranians in US jails and the improvement of their condition in custody,” he said, urging key international figures to press Washington in this regard.