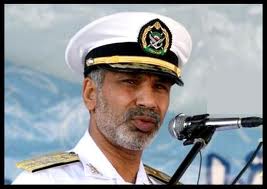 The Thursday report by ISNA says rear Adm. Gholamreza Khadem Bigham told the country’s Arabic language Al-Alam TV late Wednesday that while Iran possesses technology and capabilities to produce highly-enriched nuclear fuel for naval reactors, plans to produce either have not been on the “agenda” of the country or its navy.

Adm. Bigham also said that an upcoming U.S. naval maneuver in regional waters this September aims to pressure Iran, but he downplayed the possibility of a military conflict.

The West suspects Iran is pursuing a nuclear weapon. Iran denies the charge.