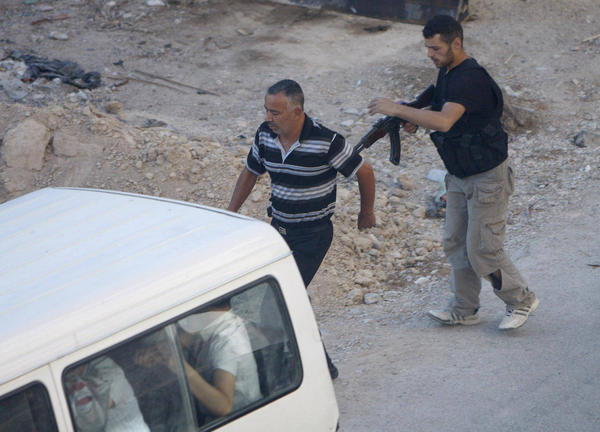 Aug 9 (Reuters) – All the Iranians kidnapped by Syrian rebels last week are alive and well, an Iranian foreign ministry official said, contrary to statements by rebels holding them that three of the captives had been killed in an air attack

Syrian rebels waging an uprising against the government of President Bashar al-Assad seized a busload of 48 Iranians in Damascus on August 4 on suspicion of being military personnel. Iran, an ally of Assad, says they are religious pilgrims.

The rebels said on Monday that a government air attack in Damascus province had killed three of the Iranians, and they threatened to kill the remaining captives unless the army stopped its attack.

“Contacts we have made to get information about the fate of the kidnapped pilgrims indicate that all of them are in sound health and there is no indication that some of them were martyred,” Mojtaba Ferdowsipour, head of the Iranian foreign ministry’s Middle East office, told Iran’s Al-Alam television, Fars News Agency reported on Wednesday.

“The published reports in this regard are false,” he said. No details were given about the source of his information.

Iranian Foreign Minister Ali Akbar Salehi said on Wednesday that some of the captives included retired members of Iran’s Islamic Revolutionary Guard Corps. The rebels believe they were sent to Iran to help Syrian forces put down the uprising.

The kidnapping has presented a diplomatic headache for Iran; it has condemned what it calls foreign interference by regional powers Turkey and Qatar in Syria’s affairs, but has been forced to ask the two countries to use their contacts with rebel groups to help free the Iranians.