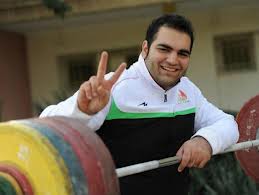 Iran’s super heavyweight Behdad Salimi said my first goal is definitely getting a gold medal, then I can think of record-breaking. 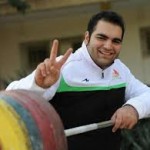 َSalimi is the first chance of winning Olympics gold in London in the super heavyweight category. He can continue the legendary of Iran’s heavyweight weightlifters, Fars News Agency quoted Reuters as saying.

“I will be greatly pleased if he sets a new record and breaks my record. The name of Iran is important, not the name of Rezazadeh or Salimi,” Rezazadeh said.

Iran’s 22 year-old super heavyweight weightlifting prodigy Behdad Salimi won his first world title in 2010 and successfully defended it in 2011, setting the world record for snatch lift in the process.