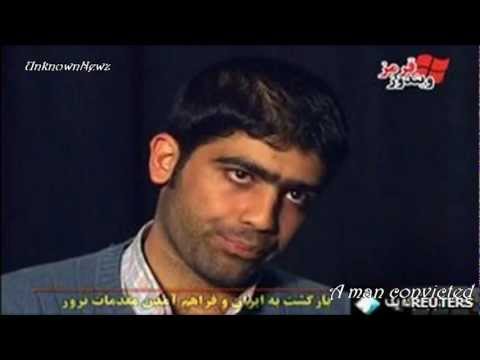 TEHRAN, Iran — Iranian state television on Sunday broadcast purported confessions by more than a dozen suspects in connection with the killing of five nuclear scientists since 2010. 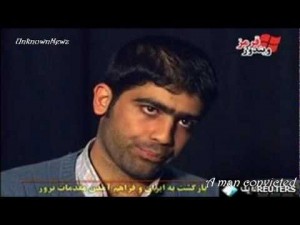 The broadcast showed some of the suspects re-enacting the assassinations in different districts of the capital Tehran. The 14 suspects shown on TV included eight men and six women.

The TV showed pictures from a military garrison it said was a training camp outside Tel Aviv in Israel. It said the suspects took courses there, including how to place magnetic bombs on cars — the method used in the killing of the scientists.

Iran says the attacks are part of a covert campaign by Israel and the West to sabotage its nuclear program, which the U.S. and its allies suspect is aimed at producing nuclear weapons. Iran denies that.

Iran has blamed Israel’s Mossad as well as the CIA and Britain’s MI6 for the assassinations, with support from some of Iran’s neighbors. The U.S. and Britain and denied involvement in the slayings. Israel has not commented.

The TV said closed circuit cameras in a Tehran street recorded one of the operations, providing clues for Iran’s intelligence agencies to identify and arrest the suspects.

One of the suspects, Behzad Abdoli, claimed that he received training in Israel, along with several others.

“I entered Turkey and then was taken to Cyprus by ship. From there, I entered Israel and (then) Tel Aviv … They (Israelis) said that this group is being supported financially by the U.S. and Israel,” he said.

“There was a motorcycle racing complex (in Tel Aviv) where we received training. We were told we needed to improve our skills so that we would be able to attach magnetized bombs to moving cars … We were given time bombs that we had to push the start button when we attached it,” he said. “At the end of the training course, members (of the group) were given money. They arranged our return (to Iran).”

The broadcast said Jamali Fashi and Arash Kheradkish got the highest grades during training in Tel Aviv and were chosen to lead the operations.

Maziar Ebrahimi, another suspect, said there were three groups involved in the bombings: Two on a motorbike, a car driving in front to slow the target car and a third support team waiting nearby to help if necessary.

“The assassination control room was in Tel Aviv, but it was receiving the orders from Washington and London,” the TV report said.

The TV report did not say if the 14 suspects have already stood trial or when they would be tried.

In May, Iran hanged Majid Jamali Fashi, 24, who was sentenced to death for the 2010 killing of Tehran University physics professor Masoud Ali Mohammadi. Fashi, who said in televised confessions that he was recruited by Mossad, was convicted last August.

At least five Iranian nuclear scientists, including a manager at the Natanz enrichment facility, have been killed since 2010.

Officials say that campaign includes the abduction of Iranian scientists, the sale of faulty equipment and the planting of a destructive computer worm known as Stuxnet, which briefly brought Iran’s uranium enrichment activity to a halt in 2010.

The broadcast said Iran reserves the right to pursue the case through legal channels at international bodies.