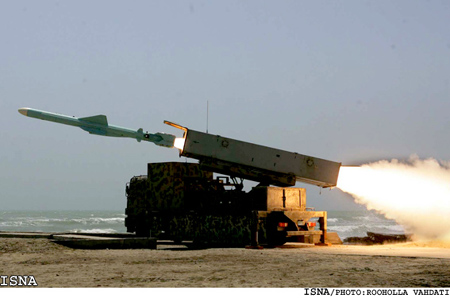 TEHRAN, Iran (AP) — Iran claimed Saturday it has successfully test-fired an upgraded version of a short-range ballistic missile with improved accuracy, increasing the Islamic Republic’s capability to strike both land and naval targets. 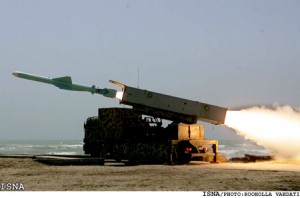 Defense Minister Gen. Ahmad Vahidi said the solid-fueled Fateh-110 has a range of 300 kilometers (185 miles). He claimed the weapon could strike with pin-point precision, making it the most accurate weapon of its kind in Iran’s arsenal.

“By reaching this generation of the Fateh-110, a new capability has been added to our armed forces in striking sea and land targets,” state TV quoted Vahidi as saying. “Few countries in the world possess the technology to build such missiles.”

Iran’s military leaders have said they believe future wars will be air- and sea-based and Tehran has sought to upgrade its air defense systems and naval power in anticipation of such a possibility.

Iran has also been pushing to upgrade its missiles, which already can target Israel and U.S. bases in the Middle East. The Pentagon released a report in June noting significant advances in Iranian missile technology, acknowledging that the Islamic Republic has improved the accuracy and firing capabilities of its missiles.

The Fateh-110, or Conqueror, is a single-stage solid-propellant, surface-to-surface missile put into service in 2002. The earlier version of the domestically-produced missile had a range of 200 kilometers (120 miles). The weapon was developed by Iran’s Aerospace Industries Organization.

Iran also has a variety of longer-ranged missiles including a Shahab-3 variant with a range of 2,000 kilometers (1,200 miles) that can reach Israel and southern Europe. Many of its missiles could in theory carry a nuclear warhead.

Iran considers both the United States and Israel as potential adversaries. Neither country has ruled out a military strike against Iran’s nuclear program, which they claim is aimed at developing nuclear technology. Iran says its program is for peaceful purposes.

Israel is about 1,000 kilometers (600 miles) away from Iran’s western borders, while the U.S. Navy’s Fifth Fleet is based in Bahrain, some 200 kilometers (120 miles) from Iranian shores in the Persian Gulf.

Iran’s military leaders have threatened that Israel “would disappear from the Earth” if it attacks Iran. Military commanders have also warned that 35 American military bases in the Middle East are within Iran’s missile range and would be destroyed within seconds after any U.S. attack on Iran.

Iran launched an arms development program during its 1980-88 war with Iraq to compensate for a U.S. weapons embargo. Since 1992, Iran has produced its own tanks, armored personnel carriers, missiles, torpedoes and a fighter plane.