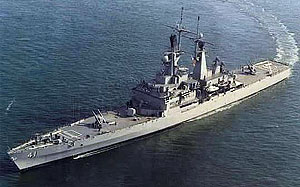 TEHRAN, Iran — Iran is capable of producing nuclear fuel for ships but has no immediate plans to upgrade the level of its uranium enrichment; the nation’s nuclear chief was quoted as saying in Sunday.

Fereidoun Abbasi said if it decides to, Iran would first declare its need for higher grade enriched nuclear fuel to the U.N.’s International Atomic Energy Agency. Iran is currently enriching uranium to 20 percent.

Abbasi’s comments were reported by the semi-official Mehr news agency.

An Iranian parliamentary committee has approved a bill requiring the government to design nuclear-powered merchant ships and provide them with nuclear fuel.

The U.S. and its allies suspect Iran wants to develop nuclear weapons. Iran denies that.

Also Sunday, Iran’s intelligence chief was quoted as saying about 30 suspects have been arrested in connection with the assassination last year of a nuclear electronics expert.

Moslehi’s comments, reported by the official IRNA news agency Sunday, gave no other details on the arrests, including whether they are new or among those previously announced.

At least five Iranian nuclear experts have been killed since 2010. In May, Iran hanged a man convicted in the killing of a nuclear physicist in early 2010.

The Iran Project is not responsible for the content of quoted articles.
high grade nuclear fuel for ships, Iran's nuclear program, Quoted July 23, 2012
An Israeli site: weekly spotlight on Iran
AP: Iran has no plan to to close strategic Strait of Hormuz