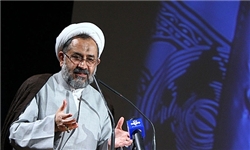 The minister made the remark here Sunday while addressing a commemoration ceremony held on the first anniversary of the martyrdom of the scientist.