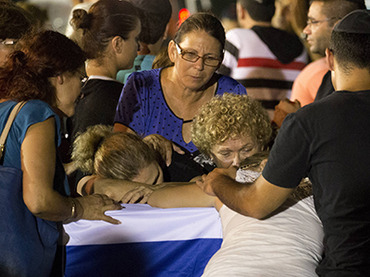 Following the attack on Israeli tourists in Bulgaria, the country’s Prime Minister Benjamin Netanyahu was quick to accuse Hezbollah, which also means pointing finger at Iran. Yet experts doubt Tehran really needs it.

Eight people were killed, six of whom were Israeli citizens, while one was a Bulgarian bus driver and one was the suicide bomber himself.

And while it is no secret that Hezbollah is supported by Iran, the fact that Netanyahu is now naming the group will only raise tensions in the region higher.

There is a lot of speculation now over whether or not naming Hezbollah means Netanyahu will try and use the bombing as a pretext for striking back by attacking Iran.

But Tehran is unlikely ‘to cater to the wishes of the Israelis by providing them an excuse to attack’, independent journalist Soraya Sepahpour-Ulrich told RT.

RT: Netanyahu pointed the finger at Iran barely an hour after the attack – even before his own intelligence officials had commented, saying that “all signs point at Iran.” What signs is he referring to?

Soraya Sepahpour-Ulrich: I don’t believe there are any signs at all, and it can be expected that Netanyahu would point the finger at Iran. Netanyahu, and Israel in fact, need to play the victim card in order to be more aggressive. In the past few months and years, Israel has lost a lot of support even here in the United States. Americans have always sympathized with the state of Israel in the past. But now, even American Jews who do relate to their home country are beginning to pull back. They do not like what is going on in Israel under this prime minister.

RT: But Israel is the victim in this case. Somebody bombed those buses. Do you think there is a legitimate concern that it could be Iran, or who else do you think could be possible suspects here?

SSU: I think many in your audience will know that Israel excels at false flag operations. And in fact in 2004, the New Zealand Herald revealed that Israelis tried to steal New Zealand passports in order to carry out assassinations. And they had stolen Canadian passports to kill members of the Jordanian political elite.

I can’t say for certainty that Israel was behind this or that this was a false flag attack, but I only look at who gains by this operation judging from their past behavior. And to me it does not make sense that Iran would want to carry out this operation.

RT: How far do you think such accusations against Iran could worsen the already tense situation between the two countries?

SSU: I think it depends on how much sympathy Israel can get for what’s happened, how it presents the argument.

Iran is not a very attractive country to the world, and the masses are very happy to accept whatever they are told. Like they are told by Mr. Netanyahu, who has stolen from America, who was in this nuclear smuggling ring in the 80s and 90s, and FBI files show that. If they chose to believe him and believe his pointing-finger at Iran, well that shows their naivety. But for me it is very hard to accept that Iran would willingly have the world condemn it and cater to the wishes of the Israelis by providing them an excuse to attack.

bomb attack on Israeli bus in Bulgaria, Iran, Israel, Quoted July 21, 2012
For Iran and the U.S., an author sees the danger of a ‘war of miscalculation’
Counter-Nuclear Terrorism Committee to sue nuclear scientists terrorists in Intl. courts