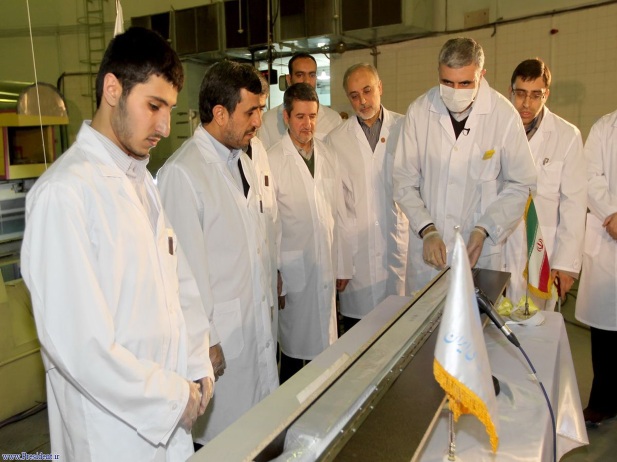 The Obama administration hoped the specter of an oil embargo and increasingly stringent banking sanctions would finally force Iran to come clean on its clandestine nuclear program and end its enrichment activities. No such luck. After the third round of P5+1 negotiations in Moscow ended last month in a stalemate, the White House and Congress are competing to isolate the intransigent Iranian government.

Last Thursday, the U.S. Treasury Department moved to close holes in the Iran sanctions regime, blacklisting more than a dozen front companies and four individuals that are helping Tehran evade U.S. and European Union (EU) restrictions on its oil exports, and placing twenty Iranian financial institutions on a watch list.

Meanwhile on Capitol Hill, Congress is pushing for tougher measures aimed at crippling the Iranian economy, arguing that current U.S. efforts are falling short. Taking matters into their own hands, a bipartisan group of legislators began crafting legislation to impede Iranian companies from buying insurance, exporting goods, and securing foreign financial assistance. “What we’ve done so far has been good, but it is clearly not enough,” concludes Howard Berman, ranking Democrat on the House Foreign Affairs Committee. “The pressure has to intensify.”

At the same time, outside groups such as the hawkish Foreign Policy Initiative are ratcheting up calls for preemptive military strikes on Iranian nuclear facilities. In a recent piece, Jamie Fly and William Kristol advocate for Congress to pass an Authorization for Use of Military Force (AUMF) against Iran to lend credibility to the U.S. threat of direct action.

Amidst the heightened cacophony of policymakers and pundits, there remains strong public support in the United States—and in many countries abroad—for sanctions, but widespread opposition to the use of military force. A new analysis of U.S. and global opinion on nuclear proliferation, produced by the Council on Foreign Relations and the Program on International Policy Attitudes (PIPA), reveals some insights on the most imminent threat to international peace and security.