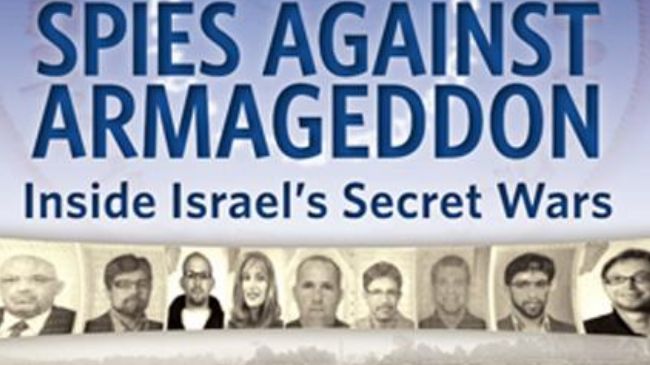 Book claims Israeli spies are behind assassinations in Iran

This article was written by Kimberly Dozier, AP Intelligence Writer, on July 8, 2012.

A new book claims Israel’s spy agency dispatched assassins into Iran, as part of a campaign to sabotage the country’s disputed nuclear program.

Israeli operatives have killed at least four Iranian nuclear scientists, including targeting them with operatives on motorcycles, an assassination technique used by the Israeli spy service, the Mossad, according to authors Dan Raviv and Yossi Melman in their book to be published July 9, “Spies Against Armageddon: Inside Israel’s Secret Wars’’.

The Mossad agents “excel at accurate shooting at any speed and staying steady to shoot and to place exquisitely shaped sticky bombs’’ and consider it their hallmark, Raviv said Friday during an interview with both authors.

The hits are part of a series of regular missions deep inside Iran, intended to keep Tehran from developing weapons and following through with threats by Iranian President Mahmoud Ahmadinejad to wipe Israel off the map. U.S. officials have said in the past that they were not involved, and they don’t know who did it.

Iran has long blamed the scientists’ killings on Israel, which has remained silent on the matter, but media reports speculated Israel had contracted killers to do the job.

“They don’t farm out a mission that is that sensitive,’’ so sensitive that Israel’s prime minister has to sign off on it personally, Raviv said. “They might use dissidents for assistance or logistics but not the hit itself. The methodology and training and use of motorcycles is all out of the Mossad playbook. They wouldn’t trust anybody else to do it.’’

The Mossad operatives enter and exit Iran through a “multitude’’ of routes, using a series of safe houses once inside the country that predate the 1979 revolution, the authors said.

In Friday’s interview, co-author Melman said Israel believes the campaign successfully disrupted Iran’s nuclear program not only by taking out key scientists but also dissuading other up-and-coming scholars from joining the program.

Raviv is a CBS News correspondent, and Melman is a well-known Israeli reporter and commentator.

Israel has told the Obama administration that it expects American military power to “obliterate’’ Iran’s nuclear program, the authors said. If the U.S. does not act, Israel has threatened to attack Iran’s nuclear sites on its own. The U.S. prefers the carrot-and-stick approach of talks aimed at convincing Iran to stick to a peaceful nuclear regime, combined with increasingly harsh financial sanctions to punish Iran as it improves its current program.

The two nations have cooperated on the harassment campaign, including partnering on cyber programs like Stuxnet, malware credited with damaging the control panel on centrifuges in Iran’s nuclear plant.

Melman said the cyber campaign was an Israeli innovation, not an American one as recently reported. It was the brainchild of Israel’s military intelligence agency Aman and Unit 8200 — Israel’s equivalent of the eavesdropping, code-breaking National Security Agency — and endorsed by the White House at Israel’s suggestion, he added.

Israel’s cyber warriors then worked with NSA to build malware. The program Flame was built first — a Trojan horse code designed to penetrate the Iranian nuclear sites and “suck information about the (uranium-enriching) centrifuges and how they operate,’’ Melman said. Once the Israeli and U.S. cyber experts got that information, they were able to build Stuxnet.