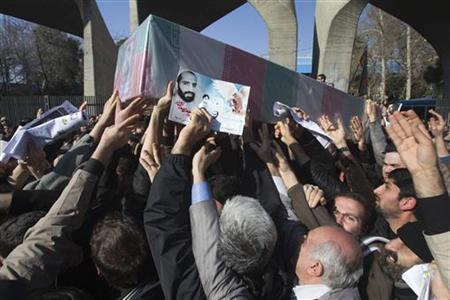 Saturday’s top news: from blaming French and German over assassination of Iran’s N.scientists to freezing Iranian accounts by TD

According to The Washington Post, Iran’s spy chief on Friday accused French and German intelligence services of cooperating with the CIA to kill Iranian nuclear scientists, an allegation likely to exacerbate tensions between Tehran and the West over the Islamic Republic’s disputed nuclear program. 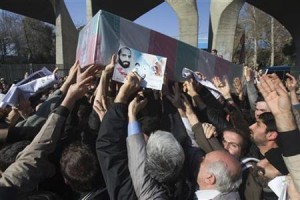 “The recently dismantled networks of assassination and bombing were in coordination with main services,” Heidar Moslehi said. “France, Germany, Israel’s Mossad, CIA , MI6 and all regional services served each other,” he added.

Until now Iran had previously blamed only the U.S., Britain and Israel over the killing of five nuclear scientists.

Gulf Daily News reported, an ageing American naval ship converted into a “floating base” has arrived off the coast of Bahrain to support countermine operations in the Gulf, the US Navy said yesterday. The deployment of the USS Ponce marks the latest in a gradual buildup of American forces in the region since tensions rose with Iran in December over its nuclear program, with Tehran threatening to possibly close the strategic Strait of Hormuz.

The Telegraph said eighteen people were killed and two wounded by gunmen in southwest Pakistan while trying to illegally cross into neighbouring Iran in three vehicles.

The incident took place in the far-flung Kechh district, some 780 miles southwest of Quetta, the main town of Pakistan’s insurgency hit Baluchistan province, close to the Iranian border.

“These 20 people were trying to cross the border and wanted to enter Iran,” Mohammad Aslam Tarin, a senior government official, said.

Also Financial post noted that a major Canadian bank has begun to close the accounts of some of its customers to comply with new federal regulations that govern economic sanctions against Iran.

TD Bank Group has confirmed it has been sending letters to clients telling them that, under recent changes to the Special Economic Measures (Iran) Regulation, Canadian financial institutions are forbidden from providing financial services to anyone in Iran or for the benefit of Iran.

That appears to include any use of an account to send or receive money via wire transfer to or from friends and family in Iran.