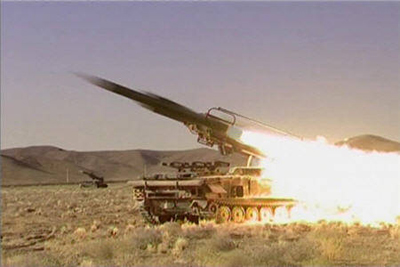 Iran’s Islamic Revolution Guards Corps (IRGC) has launched a three-day military exercise, named the Great Prophet 7, to show the nation’s “resolve and readiness,” said the commander of the Aerospace Force of the IRGC. 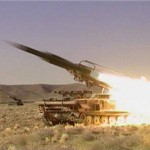 Brigadier General Amir Ali Hajizadeh said that on the country’s latest missile achievements, the domestically designed surface-to-surface Qiam (Uprising) missile has been mass-produced and will be used during the war games.

Hajizadeh also added that a radar detector ballistic missile with the speed 3 times as many as sound’s speed and with the range of 300 km is used by IRGC to target radar radiations centers, ISNA reported.

The message of the maneuvers to “adventurist” nations in the region and the West is that “Iran will respond to any possible evil” in a “strong and crushing” way, he pointed out

Warning against any invasion of the country, Hajizadeh addressed Israel, saying “if the Zionist regime (of Israel) makes a (wrong) move, they will give us an excuse to wipe them off the planet.”

It should be mentioned that  Israel and the United States will also conduct the largest-ever joint military exercise in which about 5,000 Israeli and U.S. troops are due to participate.