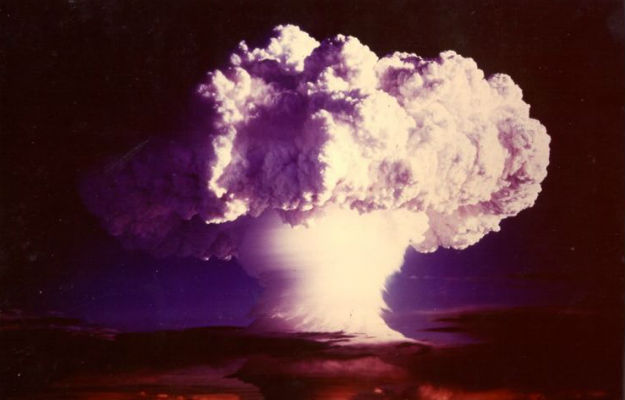 Should we give Iran the bomb?

This article was written by Stephen M. Walt for the Foreign Policy blogs on Tuesday, June 26, 2012. Stephen M. Walt is the Robert and Renée Belfer professor of international relations at Harvard University.

Imagine my surprise. I went to my office mailbox last Friday, and there was the new issue of Foreign Affairs. I was expecting the usual distillations of conventional wisdom, but there on the front cover was the name “Kenneth Waltz,” along with the eye-grabbing title “Why Iran Should Get the Bomb.”

For those of you who don’t know, Waltz is arguably the preeminent IR theorist of the post-World War II generation, and certainly the preeminent postwar realist. (Full disclosure, he was also the chair of my dissertation committee back in graduate school). In addition to landmark works such asMan, the State, and War and Theory of International Politics, he is also well-known for a controversial Adelphi Paper arguing that the slow spread of nuclear weapons might not be so bad, and might even be desirable.

Waltz’s brief article on Iran echoes this logic. He argues that nuclear asymmetry is inherently destabilizing, because it makes the unarmed side (Iran) feel weak and vulnerable and thus encourages it to look for ways to make itself more secure. At the same time, rival states who already have the bomb (in this case, Israel and the United States), will spend a lot of time contemplating preventive war (as indeed we have). If Iran gets the bomb, however, then the logic of deterrence will kick in and relations between these countries will be more stable, not less.

Waltz maintains that this pattern has generally applied in other nuclear contexts, whether one looks at U.S.-Soviet relations during the Cold War, China’s acquisition of the bomb in the 1960s, or the troubled relationship between India and Pakistan, which fought major wars before each got the bomb but have fought only relatively minor skirmishes since. He also reminds his readers that there is no evidence that Iran’s leaders are irrational (and certainly no more irrational than ours), and no good reason to think they would ever use a nuclear weapon for offensive purposes or give one away to terrorists. (This latter possibility is especially absurd: Why would any country devote millions of dollars and decades of effort to get a few bombs, and then blithely give them away to people over whom they had little control?)

You should definitely read this important and well-argued article, which makes a lot more sense than the so-called “analysis” that others have dreamed up to make the case for war. I happen to think Waltz is too sanguine about the pacifying effects of nuclear weapons in this context, and that he discounts the other risks associated with nuclear spread (including questions of custody and authority). For these reasons, I think it would be better for us and for the region if Iran did not get the bomb. After all, taken to its logical conclusion, Waltz’s argument implies that the United States ought to simply give Iran a few nuclear weapons (along with appropriate safeguards against unauthorized use), as a way of making the region more stable. Pretty hard to imagine that happening.

My other concern is that Waltz’s article might convince more Iranians to restart an active weapons program, a step that might easily provoke trigger-happy Americans or Israelis into military action. The logic of nuclear deterrence may work well once both sides have reliably survivable forces, but the transition period where one side has them and another is getting close almost inevitably invites consideration of preventive war, with all the attendant costs and risks.

But Waltz’s central point — that we vastly overstate the dangers posed by a nuclear Iran — is surely right. And remember: At this point the United States is trying to prevent not an Iran that is actually armed with nuclear weapons, but an Iran that would in theory be physically capable of building a nuclear weapon at some point down the road. This latter objective is a fool’s errand, because Iran already has the knowledge and the technology to become “nuclear capable” if its leaders decide they want to be, and there’s no way for us to prevent that without occupying the country. If we want to prevent an Iranian nuclear weapon, our best course is to try to convince them to forego that objective by taking the threat of force off the table and diminishing their perceived need for a deterrent, and by offering up a diplomatic deal that preserves their right to enrich. Unfortunately, that’s not the position that we have taken so far, which is why the slow-motion standoff continues.