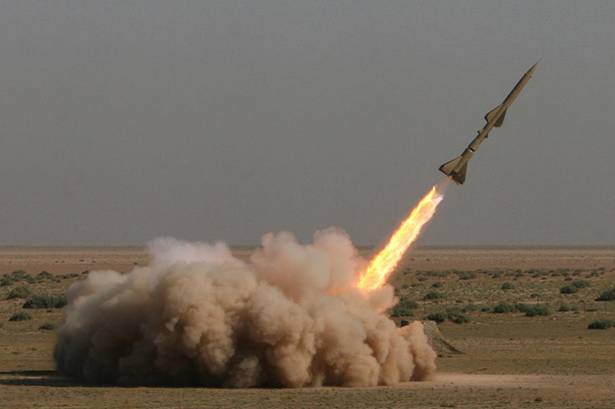 This article was written by Daniel Pipes for National Review Online on  Tuesday, June 26, 2012.  Daniel Pipes is president of the Middle East Forum and Taube Distinguished Visiting Fellow at the Hoover Institution of Stanford University.

How would Iranians respond to an Israeli strike against their nuclear infrastructure? The answers given to this question matter greatly, as predictions about Iran’s response will affect not only Jerusalem’s decision, but also how much other states will work to impede an Israeli strike.

Analysts generally offer best-case predictions for policies of deterrence and containment (some commentators even go so far as to welcome an Iranian nuclear capability) while forecasting worst-case results from a strike. They foresee Tehran doing everything possible to retaliate, such as kidnapping, terrorism, missile attacks, naval combat, and closing the Strait of Hormuz. These predictions ignore two facts: Neither of Israel’s prior strikes against enemy states building nuclear weapons — Iraq in 1981 and Syria in 2007 — prompted retaliation; and a review of the Islamic Republic of Iran’s history since 1979 points to, in the words of Michael Eisenstadt and Michael Knights, “a more measured and less apocalyptic — if still sobering — assessment of the likely aftermath of a preventive strike.”

Eisenstadt and Knights of the Washington Institute for Near Eastern Policy provide an excellent guide to possible scenarios in “Beyond Worst-Case Analysis: Iran’s Likely Responses to an Israeli Preventive Strike.” Their survey of Iranian behavior over the past three decades leads them to anticipate that three main principles would likely shape and limit Tehran’s response to an Israeli strike: an insistence on reciprocity, a caution not to gratuitously make enemies, and a wish to deter further Israeli (or American) strikes.

The mullahs, in other words, face serious limits on their ability to retaliate, including military weakness and a pressing need not to make yet more external enemies. With these guidelines in place, Eisenstadt and Knights consider eight possible Iranian responses, which must be assessed while keeping in mind the alternative to preemptive action — namely, apocalyptic Islamists controlling nuclear weapons:

2. Kidnapping of U.S. citizens, especially in Iraq. Likely, but limited in impact, as in the 1980s in Lebanon.

3. Attacks on Americans in Iraq and Afghanistan. Very likely, especially via proxies, but causing limited destruction.

4. Missile strikes on Israel. Likely: a few missiles from Iran getting through Israeli defenses, leading to casualties likely in the low hundreds; missiles from Hezbollah limited in number due to domestic Lebanese considerations. Unlikely: Hamas getting involved, having distanced itself from Tehran; the Syrian government interfering, since it is battling for its life against an ever-stronger opposition army and possibly the Turkish armed forces. Overall, missile attacks are unlikely to do devastating damage.

5. Attacks on neighboring states. Likely: especially using terrorist proxies, for the sake of deniability. Unlikely: missile strikes, for Tehran does not want to make more enemies.

6. Clashes with the U.S. Navy. Likely, but, given the balance of power, doing limited damage.

7. Covertly mining the Strait of Hormuz. Likely, causing a run-up in energy prices.

8. Attempted closing of the Strait of Hormuz. Unlikely: difficult to achieve and potentially too damaging to Iranian interests, because the country needs the strait for commerce.

The authors also consider three potential side effects of an Israeli strike. Yes, Iranians might rally to their government in the immediate aftermath of a strike, but in the longer term Tehran “could be criticized for handling the nuclear dossier in a way that led to military confrontation.” The so-called Arab street is perpetually predicted to rise up in response to outside military attack, but it never does; it’s likely that unrest among the Shiite Muslims of the Persian Gulf would be counterbalanced by the many Arabs quietly cheering the Israelis. As for Iran leaving the Nuclear Nonproliferation Treaty and starting an overt, crash nuclear-weapons program, while “a very real possibility,” the more the Iranians retaliated against a strike, the harder they would find it to obtain the parts for such a program.

In all, these dangers are unpleasant but not cataclysmic, manageable not devastating. Eisenstadt and Knights expect a short phase of high-intensity Iranian response, to be followed by a “protracted low-intensity conflict that could last for months or even years” — much as already exists between Iran and Israel. An Israeli preventive strike, they conclude, while a “high-risk endeavor carrying a potential for escalation in the Levant or the Gulf . . . would not be the apocalyptic event some foresee.”

This analysis makes a convincing case that the danger of nuclear weapons falling into Iranian hands far exceeds the danger of a military strike to prevent this from happening.